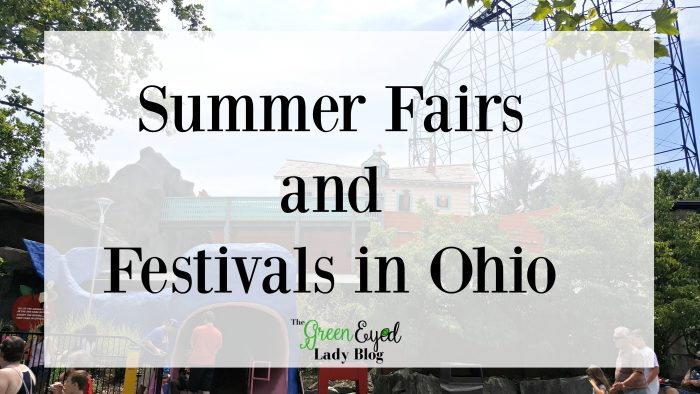 I LOVE Festival Season!! Just ask my husband, I am always trying to get the family to go to a festival during the summer.

Summer Festival season is fast approaching. It will be here before you know it! But, there’s no need to panic. There’s still plenty of time to plan to attend great summer fairs and festivals in Ohio. These are a few to consider.

The Cleveland PIZZA Fest is a food and music festival, highlighting the talents of local pizza parlors from all over Northeast Ohio. The three-day event features a one mile walk and charity 5k run, as well as rides and activities for the entire family.

There’s also plenty of live music and a cool display of classic cars and motorcycles. Just don’t forget. The main attraction of Pizza Fest is the sample-sized slices of pizza for sale from all 13 participating (local) pizza parlors.

The Centerville-Washington Township Americana Festival is an annual 4th of July event that attracts over 75,000 people annually. It began as a sidewalk sale promoted by the merchants of downtown Centerville. Over the years, however, it has grown into a not-to miss-celebration featuring a parade, street fair and patriotic fireworks display.

The International Sunflower Festival is a three-day, family-friendly festival that hosts sunflower-themed activities for attendees of all ages. Attractions include a craft market, musical performances and a kid’s tractor pull. There’s also a flower show where participants enter home-grown sunflowers, in an effort to win ribbons for categories that include tallest, prettiest and most unusual flower.

The London Rib and Jazz Fest in London, Ohio promises yummy food and great music for all. The 2015 event served over three tons of ribs to a crowd of more than 11,000 hungry fairgoers. Details of the 2017 Rib and Jazz fest have yet to be released. But, last year’s festival included a classic car show, Rib Tickler 5k Run/Walk, Rib Tickler Bicycle Ride and vendor space for local artists to sell their wares and more.

The Ohio State Fair is one of the largest state fairs in the United States. The Ohio State Fair sells 30 different types of food on a stick ranging from Fair favorites like corn dogs, candied apples and cotton candy to more adventurous options like chocolate-dipped cheesecake, deep-fried manicotti and chicken and waffles!

This is just four options in many summer Ohio-based fairs and festivals. No matter which one you choose, you’re guaranteed to have lots of fun. Why not pencil in your favorites on the calendar today?

Previous Post: « Free Family Activities in Cleveland
Next Post: How to Save More Money Shopping at Target »