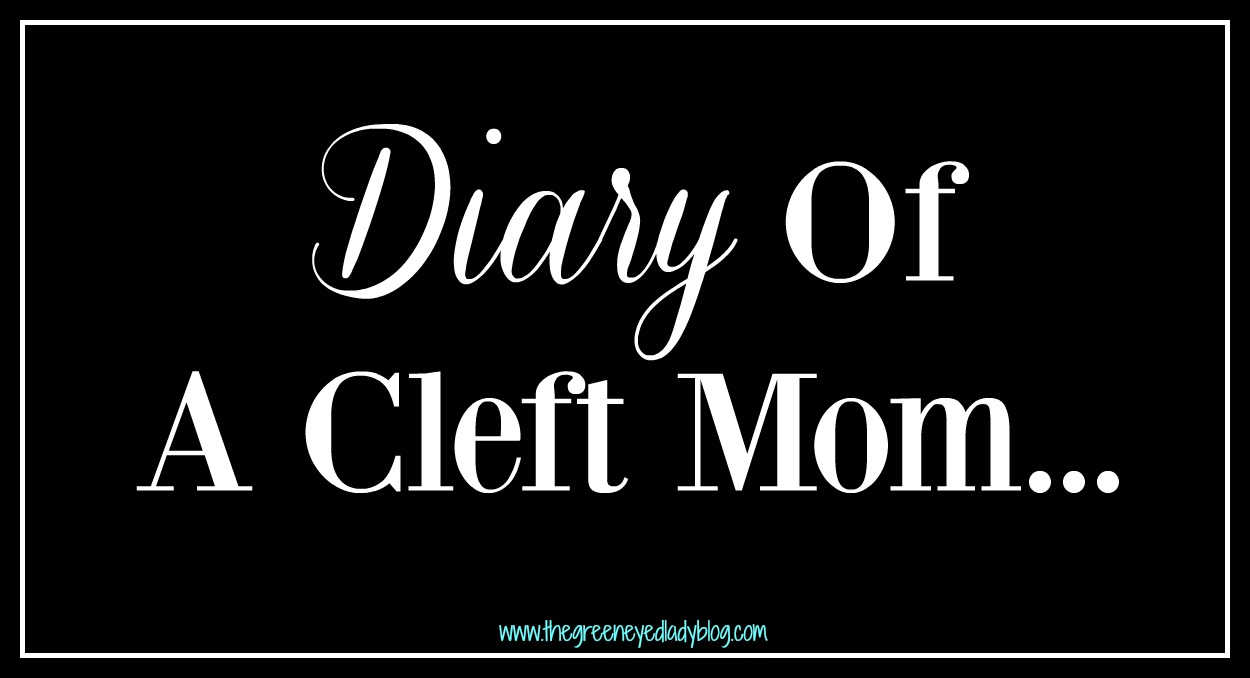 At the end of last school year when I received our copy of Emma’s IEP to review before the IEP meeting, I read it and immediately started crying. After reading and rereading it I knew Darrick and I had to finally get Emma tested. The things we have noticed with Emma, weren’t due to her having a Cleft Lip and Palate.

We knew it was more going on…

From her IEP it seemed as if Emma wasn’t progressing. Now I will admit I called and scheduled an appointment prior to our actual IEP Meeting (so I jumped the gun…but I don’t regret it AT ALL)!

In February we had the IEP and actually it went a lot better than what I initially thought, however, Darrick and I decided to still have her tested to “cover all bases.” 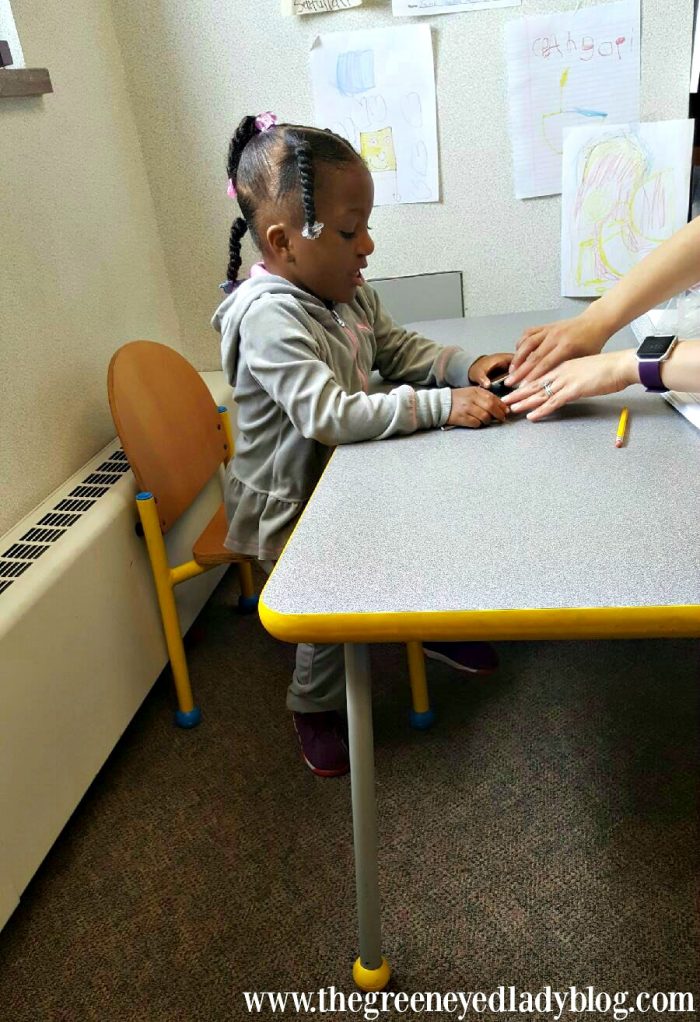 We know that Emma has some developmental delays and we get the reports from school and we see how she’s acts at home…so from a parents standpoint it was something we had to do.

The Autism Test is a 3 Appointment process. First is a parent appointment, next appointment the doctor meet the child, then you come back for the results.

In talking to Emma’s pediatrician she thought it was a good idea to have her tested, she said one of the good things of having her tested is that the test checks EVERYTHING not just autism.

In our first appointment, I talked to the doctor about what we saw at home, her reports from school…I shared her IEP and I had quite a few papers that I had to complete.

The second appointment was the longest appointment; we brought Emma with us and it was 3 hours long. She saw a Speech Pathologist, 2 Psychologists and Pediatrician. Emma really surprised me when we went into the appointments, she warmed up pretty well to the new doctors; which is something she doesn’t usually do. She is usually very shy. She did get a little restless towards our last appointment but it was expected considering we were closing in on 3 hours of being at the doctors.

Our last appointment was a couple of weeks later and Darrick and I met with the Head of the Autism Clinic which is also one of the Psychologist. She gave us the results and conclusions from the doctors and therapists that we met with. 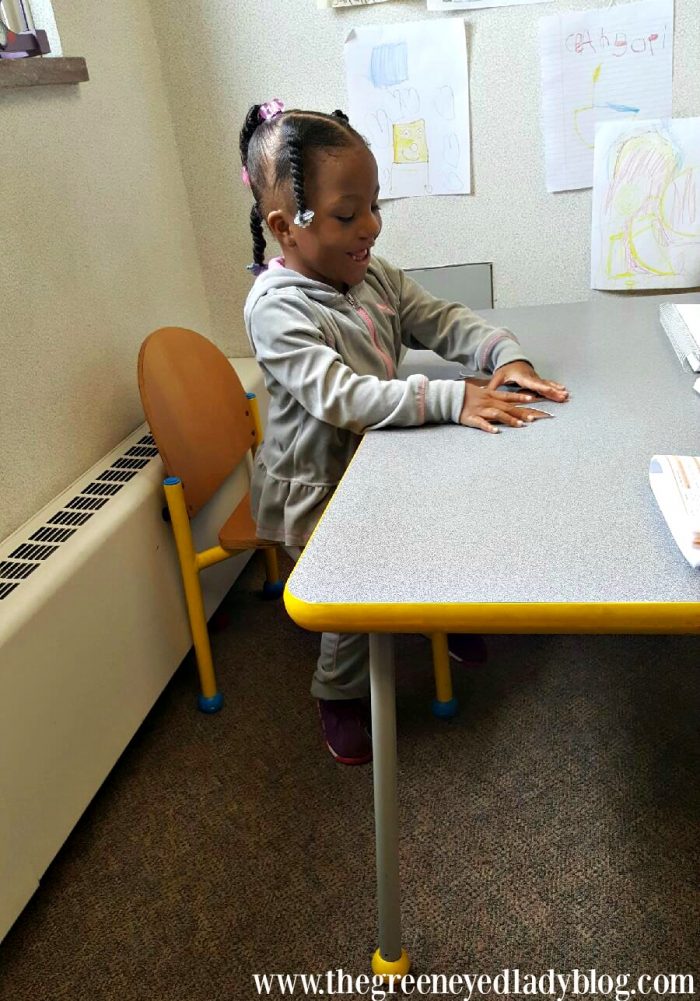 Emma does not have Autism…which was something that we knew, however, they were able to tell us exactly what they believe was going on with Emma. Emma was diagnosed with Mixed Receptive and Expressive Language Disorder, Speech/Sound Disorder, Speech Apraxia and Developmental Coordination Disorder. The doctor also said that she saw signs of ADHD with her but at this point they want to keep an eye on her rather than fully diagnose her with it because she is so young (this is something we often heard about Emma and her attention span). Honestly, when we were given the diagnosis it was nothing new from some of the terms that have been thrown around about Emma previously.

Why we decided to get Emma tested…

After reading Emma’s IEP and listening to the things that the teacher and therapist said about Emma in different evaluations I knew we had to have her tested. I took an online test and it said she had borderline symptoms of someone that is Autistic, and it recommended we have her tested…so I talked to my husband and we moved forward with the decision. It was a very hard decision because once you schedule the appointment, I caught myself constantly paying attention to Emma’s every move to see if I noticed anything different that I needed to tell the doctor or in my head talking myself out of going at all. I went through a bunch of emotions. Right down to breaking down and crying with the doctor in the final meeting because it was music to my ears to hear that she didn’t have Autism.

And although we have some hurdles we have to get through the doctor told us with constant therapy we will get Emma on track with her peers and she will be fine! As her parents we worry about EVERYTHING…down to will she be able to go off to college later on (I know its far off), but these are things we think about “right-now and long-term” when it comes to our children!

Having Emma tested was a hard decision, but I would do it all over again if I had to! I feel by having her tested we are covering our bases with knowing exactly what is going on with Emma and how she may need to be accommodated to be the best Emma she can be!

Have you ever been through the Autism testing process?

I would love to hear your thoughts and comments…