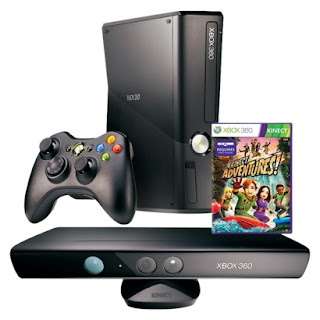 Darrick and I recently purchased a Xbox 360 Kinect Bundle, it was a spur of the moment purchase. Yes, I know what you are thinking that’s an expensive spur of the moment purchase but it was 100% worth every penny! We have played on this game system at our families house over the holidays over the past couple of years, but we had a lot of fun this past year playing on it. 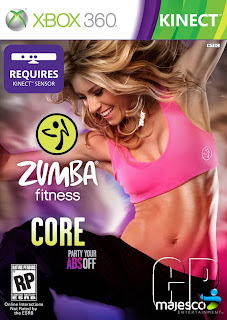 I was a little reluctant at first to buy it but I have used it more than Darrick. I have been getting up daily and doing Zumba! I LOVE LOVE LOVE Zumba because in my mind I am this sexy dancer, HA! No really I love Zumba because you are exercising by dancing…way better than just exercising. I have been to a few live classes and since having Emma I am unable to go to class because I would have to find someone to watch her every time I want to go.  So I Zumba at home in the comforts of my own home (so I dont have to worry about anyone looking at me…except Darrick-he is my Zumba stalker) ! WHOOP WHOOP! I love it too! I actually miss it when I dont get a chance to do it! And so far since we’ve had it I have lost a few pounds and inches…I can tell by the way my clothes are fitting me! 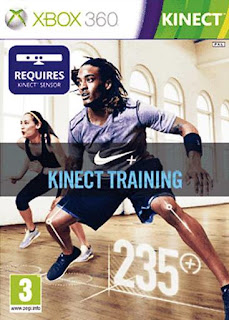 Darrick got the Nike Training game for himself because he isnt one to do Zumba! He really likes it too, he said that he didnt think it would really be that hard but it gives him a good workout! And this is coming from a former super athlete! He tried Zumba once and said he is surprised he felt it in his stomach like he did…he said watching the commercials he didnt think that it was a real workout, but its like buying one of those cardio DVD’s to workout at home with!
He gave me the run down in the store of how this is our year to get fit together physically and spiritually! We have been praying more together, but we should probably include some type of devotional with it! So that will be our next project! And doing better with our eating…its hard to get them both on track at the same time!
So I guess I am working towards one of my resolutions of losing weight…
Do you own a Kinect, if so do you have some game suggestions?
Do you work out with your spouse?
*The Xbox 360 was paid for with our money, and we did not receive compensation for this post*
*pics from Google Images*