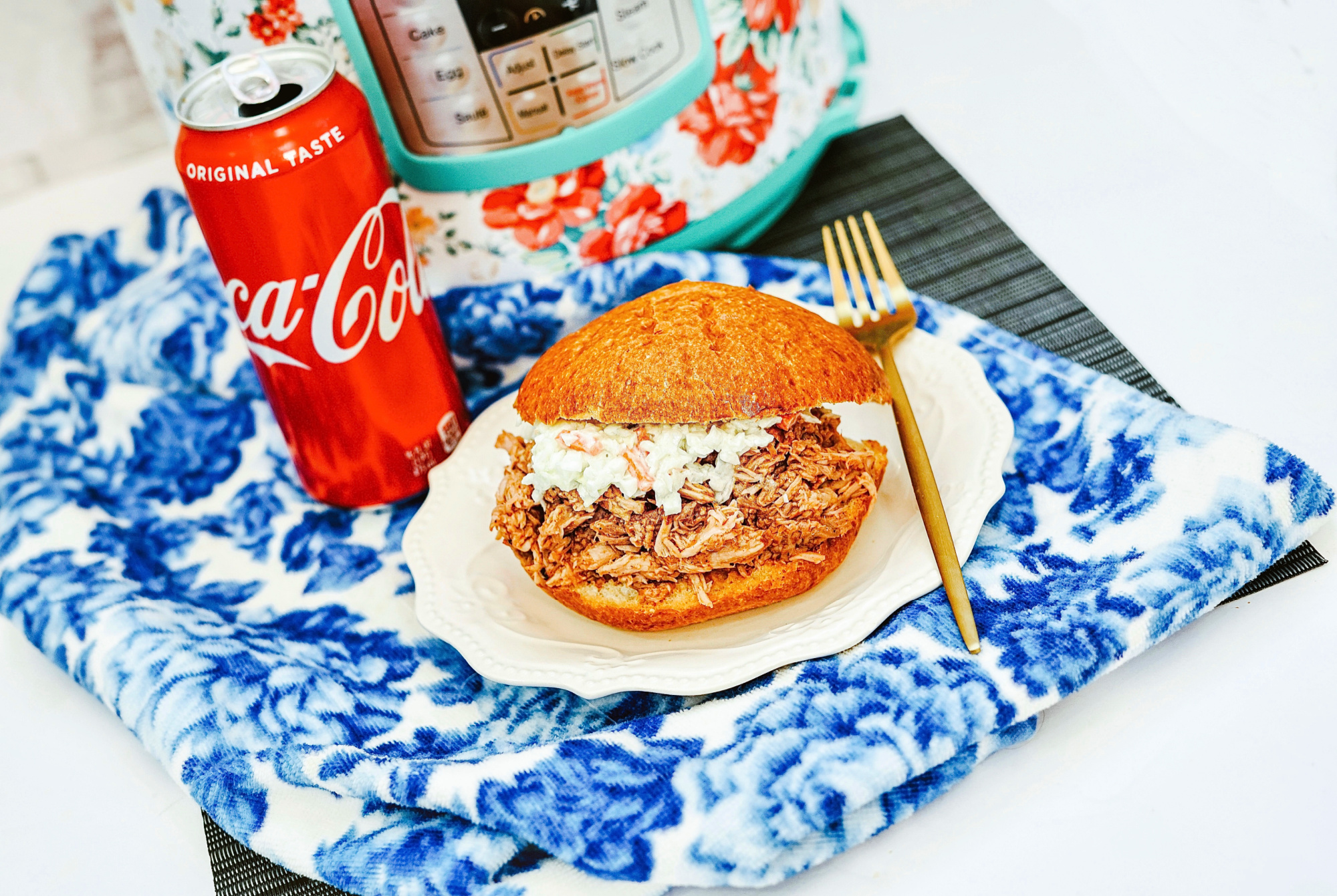 Pulled Pork has been my go-to since I was a little girl! There was a Barbeque Carry-Out Restaurant in our neighboring city and my parents would order food from there when I was a little girl! It was either called a Pork Shoulder Sandwich or Pulled Pork Sandwich. Either way, it was good! When my uncle came to visit from Alabama it was one of the first places he went visit. During the week it can be hard trying to figure out dinner, and what to cook in enough time so the children can go to bed on time. Weeknight Dinner: Instant Pot Coca~Cola Pulled Pork is pretty easy to make in the Instant Pot, it takes less time than you think!

Instant Pot cooking is growing on me! Prior to using an instant pot, this is a meal that I would’ve thrown in the crockpot the night before and let it cook all night. 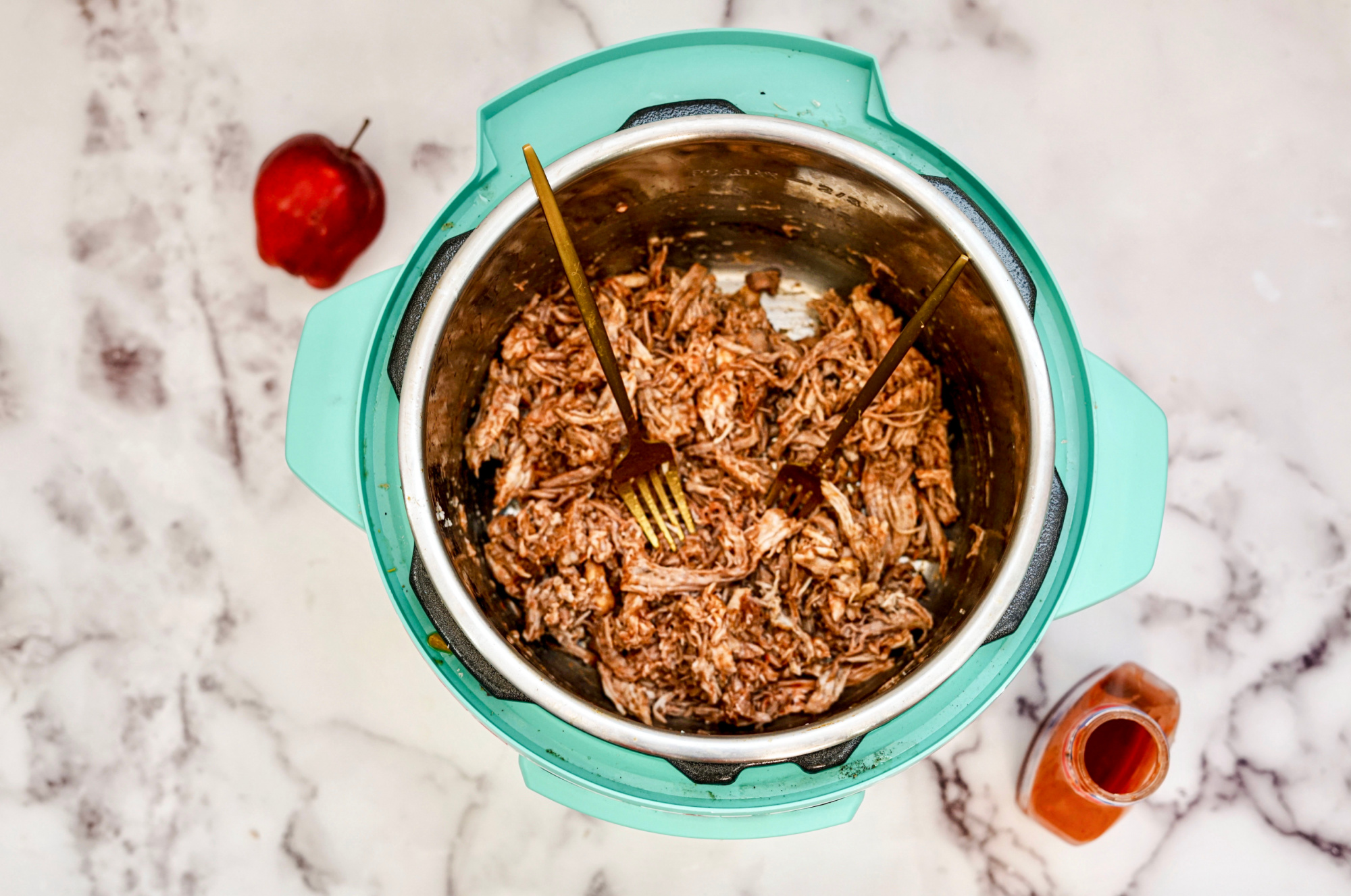 Even if you aren’t big on cooking this recipe is a very easy one, because once it’s in the instant pot there is no work that really needs to be done! I have seen Coca~Cola Pulled Pork cooked many ways, but on mine along with the sauce, I add a few seasonings! My go-to seasonings are Pink Himalayan Sea Salt, Garlic, and a pinch of Cracked Pepper. Don’t overdo it with seasonings because you still have to add Coca-Cola and Barbecue Sauce to the recipe. 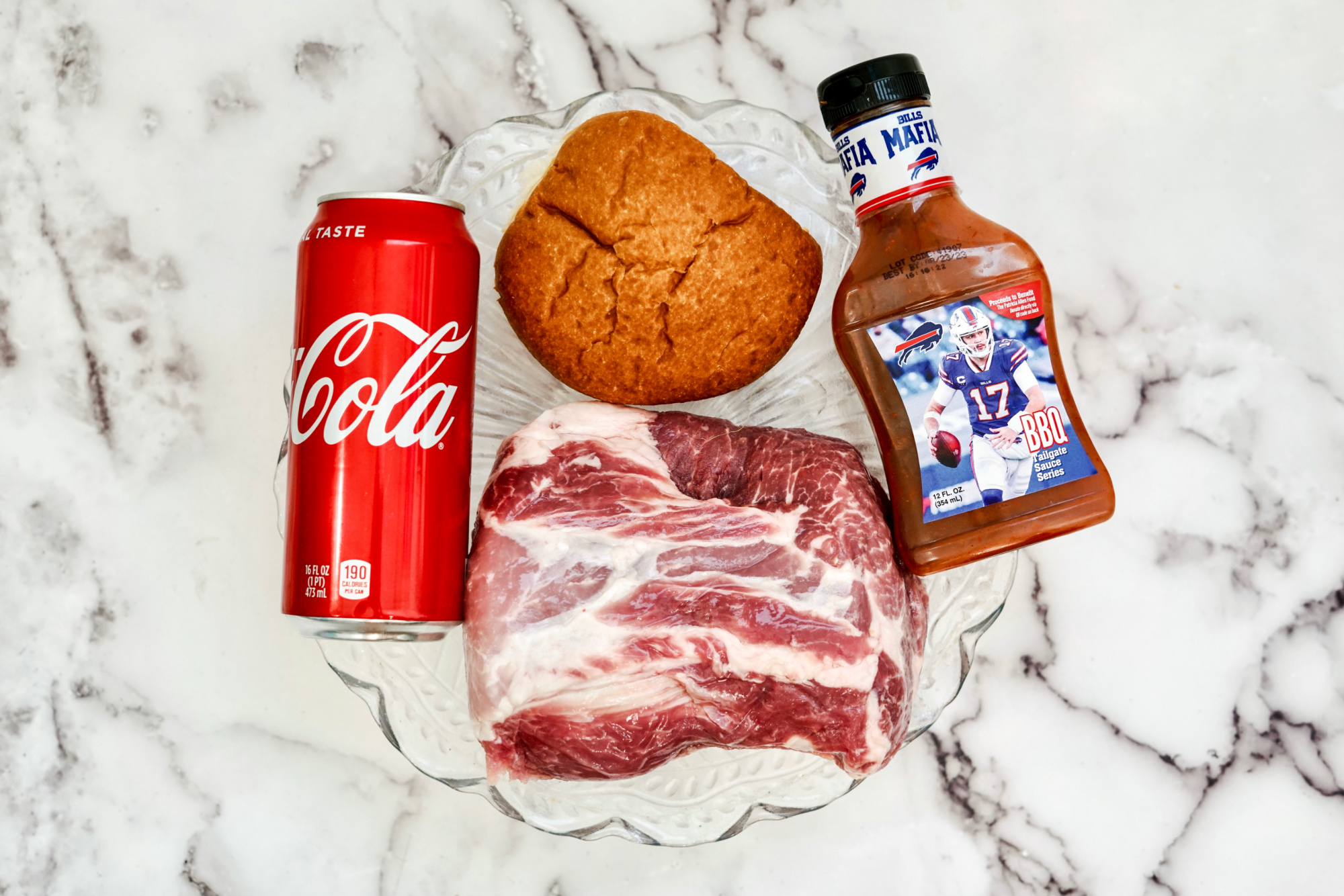 This particular sauce was sent to us by a friend, who happens to be a Buffalo Bills fan (can be found at Wegmans Food Markets). However, you can use whatever barbecue sauce you have or that you like! I usually like to use Famous Dave’s Sweet and Sassy Sauce or Sweet Baby Ray’s sauce because we have it available! 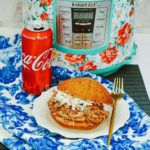 A lot of people don’t like to top their sandwiches with coleslaw, for “Clevelanders” putting coleslaw on a sandwich is normal! And honestly, it may be normal in other places but since I’m from Cleveland we will act like we invented this idea LOL! The “Polish Boy” is a sandwich with Kielbasa Sausage, french fries, barbecue sauce, and french fries! 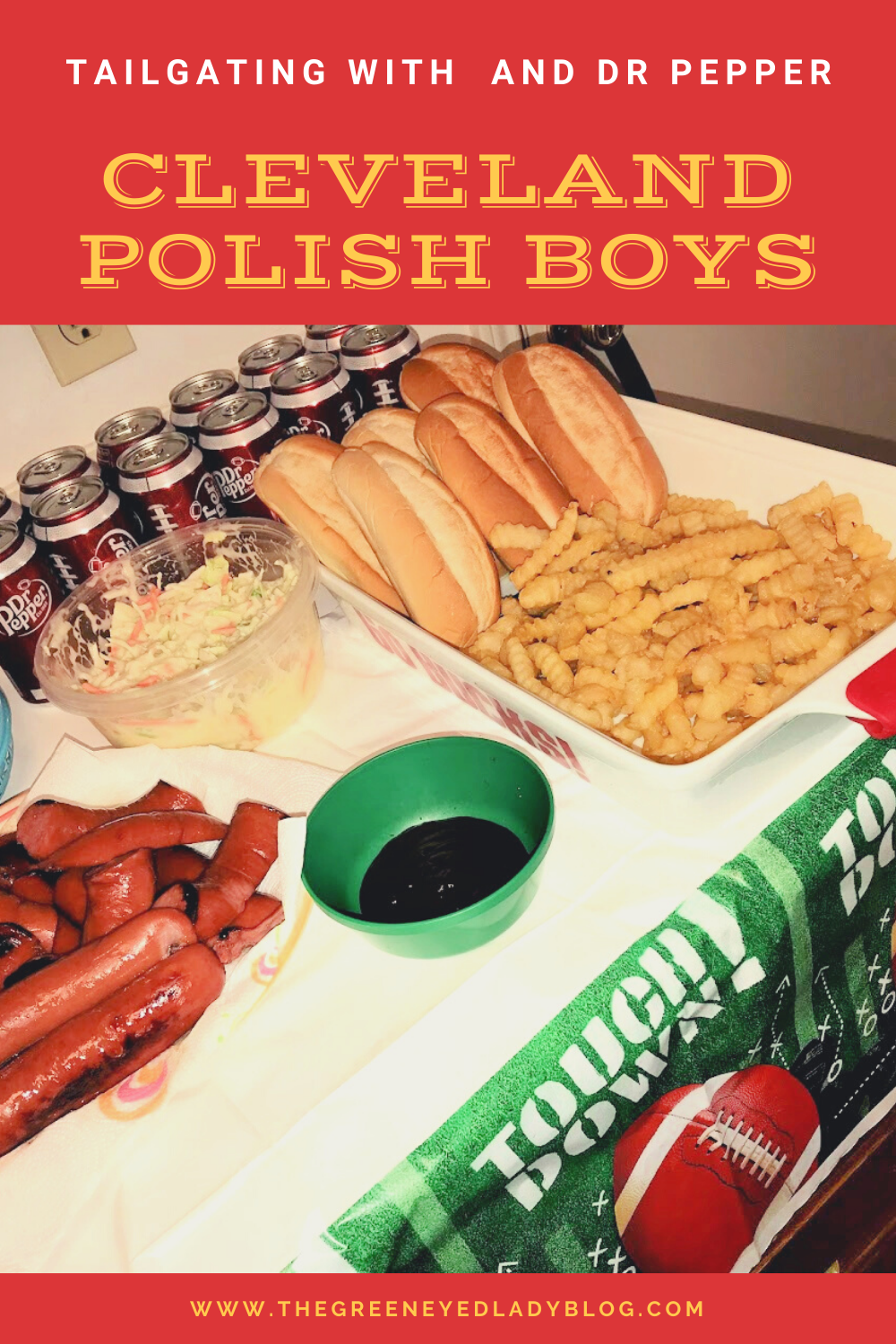 The Polish Boy could also serve as a great dinner choice for a Thursday or Friday. Something quick, fun, and filling!

What are you making for dinner tonight? 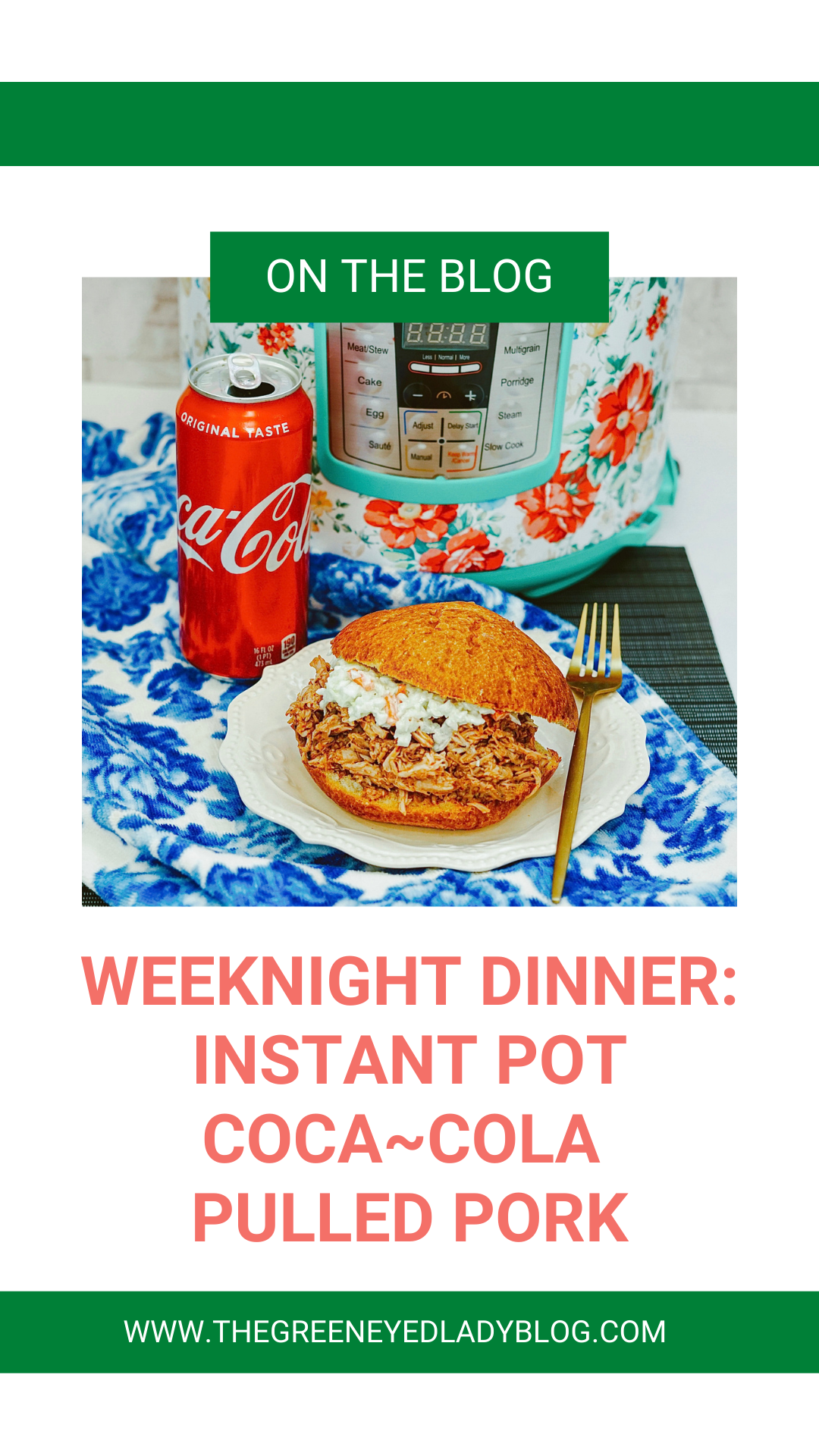