This post is a Sponsored Post on behalf of Ohio for Responsible Gambling. All thoughts and opinions are 100% my own. 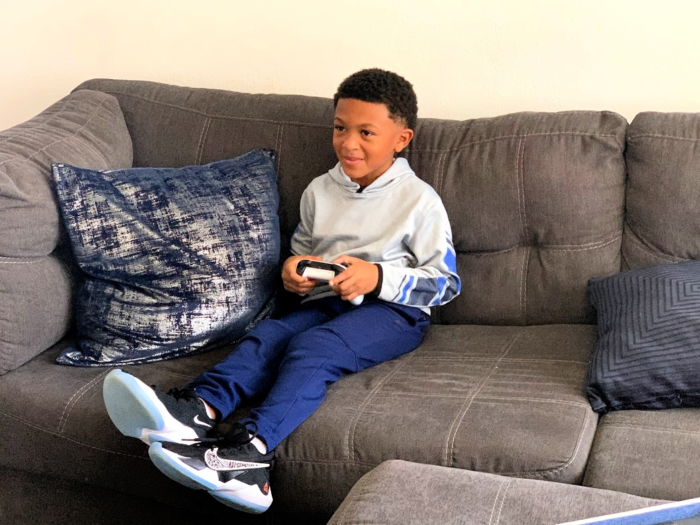 Both my children have their own iPads, and recently while in quarantine, my husband purchased a new video game system. Honestly, they do pretty well with their iPads. However, when we introduced video games and I saw the reaction when a game was lost or one child was up by more points, I realized that we had to QUICKLY enforce some new rules with electronics! Studies have shown that children’s apps and video games featuring loot boxes, lottery tickets, and other popular offerings often promote improper gambling and can lead to long-term issues. I know I am not the only mom that has heard about or experienced the horror of children running up a credit card bill while playing video games, purchasing new apps, or paying for loot boxes within the games they’re playing!

My son DJ (6), loves to play video games with my husband! It’s like their bonding time! Sometimes my daughter will join in, but not often. DJ is naturally good at football, both physically and virtually. However, he was unable to beat his Dad in a virtual game. He’s also very good at basketball physically, but he was unable to beat his sister when they played virtually. I noticed he would have a full meltdown of tears and pouting if he lost a game.

Emma (8) was unphased if you beat her on video games, but she is more drawn to the loot boxes on her iPad games. She always wants me to purchase whatever the extra option is so she can go to the next level or switch things up on her games. I also noticed that there was an attitude that came along with us saying “no” to her.

This is when I realized we had to implement some new rules for electronics!

As the holiday season approaches and the pandemic continues, children will be home from school and will be receiving new gifts. This is a great time to evaluate the games your children are playing and make sure they don’t promote bad habits in your children!

Experts in child welfare and behavioral health believe several popular gifts may have the unintended consequences of promoting gambling behaviors among children and those at risk of developing a gambling problem. 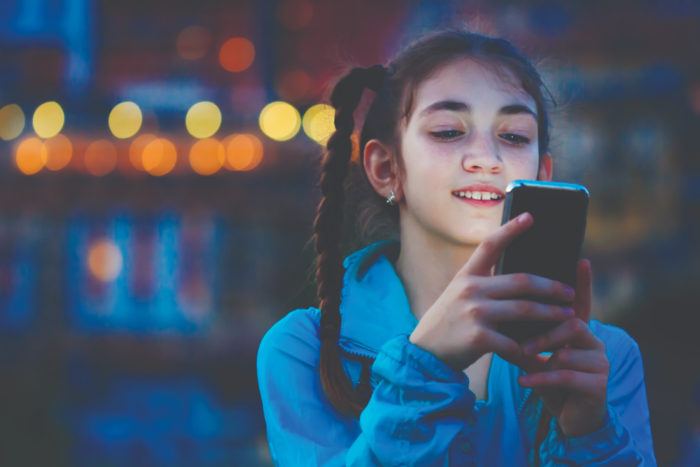 Many parents don’t realize the risks of certain games and how they can lead to gambling disorders in the future. I recently had a conversation with some moms on social media about how the only way to keep my son quiet during my Thursday midday meeting is to let him play video games! I’m guilty too, no matter how I try to enforce rules with my children! Add in a pandemic and crazy schedules, and children have more time on their hands for unsupervised screen time.

Online games and video games can cause bad habits for children and adults alike! A PBS Newshour investigation on social casinos found that more than 100 million Americans regularly play on social casino apps. 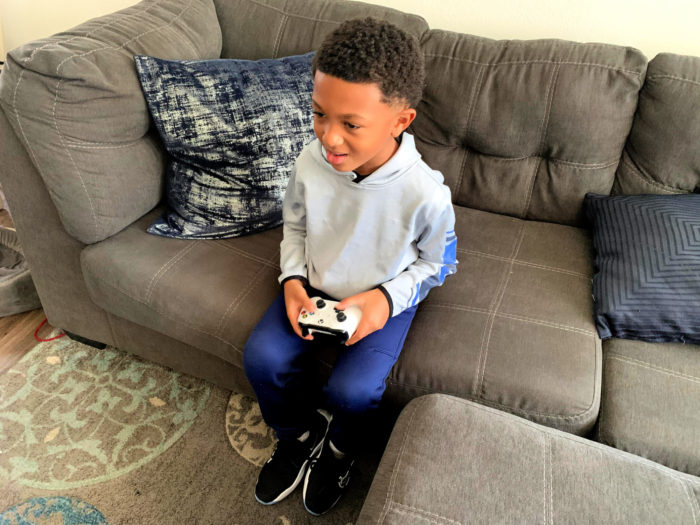 Gaming Rules for iPads and Video Games in My House:

-Only allowed to play on iPads and Video Games on the Weekends (this doesn’t apply to Holiday Breaks from School).

-If you are granted a time during the week, it will be timed and supervised (ex. Play for an Hour).

-Monitor what games are played (we currently have passwords on EVERYTHING so they can’t download new games on any system without permission, as well as purchase anything. I learned this the hard way when I paid for a Football and Paw Patrol App without my consent or knowledge).

-No Casino Games (nothing that relates to a slot machine).

-If there are tears because you didn’t win, it’s time to step away and find something else to play with that’s not electronic.

-Once the battery dies, you’re done for the day (if your battery dies that means you have been using the device for a few hours, that’s enough for the day).

Do you have family rules for playing video games or playing on iPads?

Many games youth play simulate the same excitement and activities experienced by gamblers. Opportunities for instant upgrades, mystery loot boxes, and games of chance flash across the screen every time they log in. The resources available at www.ChangeTheGameOhio.org are designed to help educate and inform adults and young people in their lives about the possibility of problems. This information can be used to educate both children and adults. I remember once being “hooked” on a popular app on my phone at night. I would find myself purchasing extra lives because I was so close to completing the board. When I realized it was a problem, I deleted the game. To this day I don’t play any games on my phone. Although it’s fun, you can easily become addicted and not even know it!

The National Council on Problem Gambling also worked with the Federal Trade Commission to study loot boxes, a common reward tactic in social gaming. The similarities between loot boxes and slot machines prompted some of the major video game companies to disclose the odds of loot boxes. Apple also rated games with simulated gambling to M for Mature. 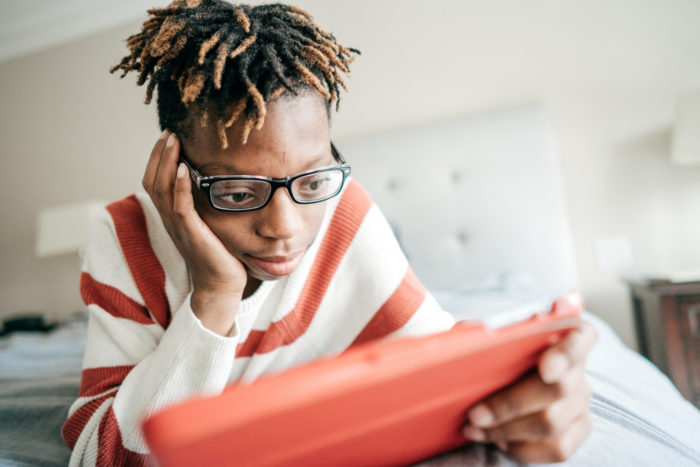 Additionally, something to watch for is advanced data tracking, which allows AI-based algorithms to target young people and players who gamble a lot.

Even popular scratch-off lottery tickets can pose a risk. The Ohio Lottery encourages people not to give lottery tickets as gifts to minors.  The International Centre for Youth Gambling Problems and High-Risk Behaviors at McGill University found early participation in gambling increases the likelihood of developing a gambling problem later in life. 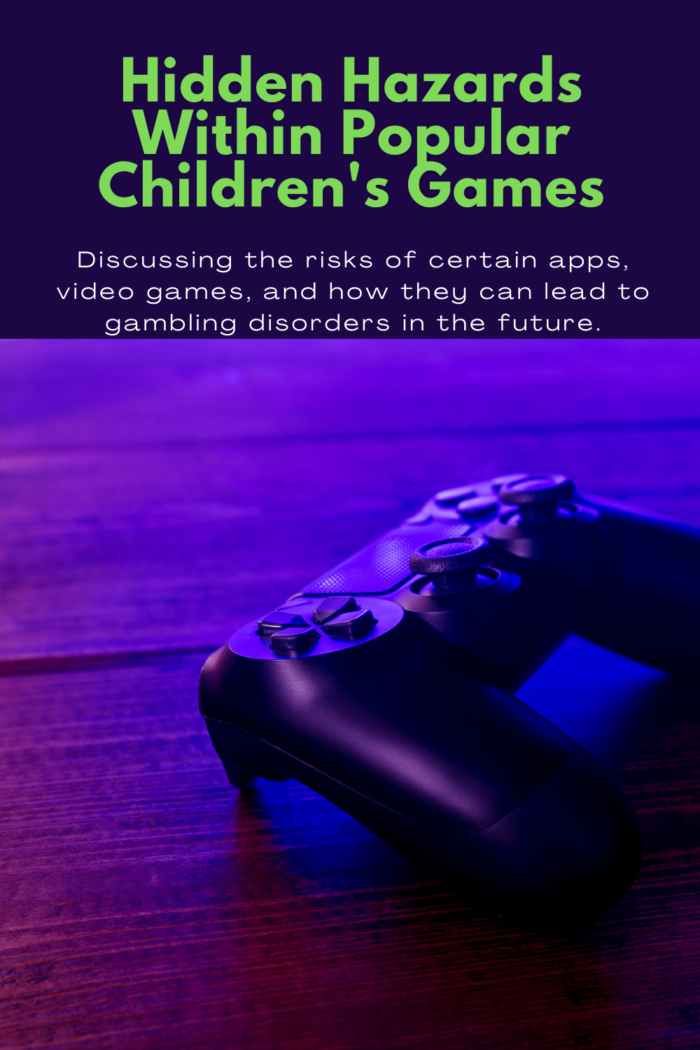 Looking for Help with This Topic…

Ohio For Responsible Gambling has earned national recognition for its Before You Bet campaign. Part of this work focuses specifically on children through a program called Change The Game. Change the Game was developed to raise awareness of the realities of youth gambling and connect parents, educators, and children to the resources available for prevention and treatment. Change the Game isn’t just working to prevent future gambling problems among our youth. We’re working to help those who are being affected right now,

A free community toolkit has customizable resources appropriate for organizations that parents, children, and those working with children can use.

Free educational materials can help people better understand if they have a potential problem with gambling.