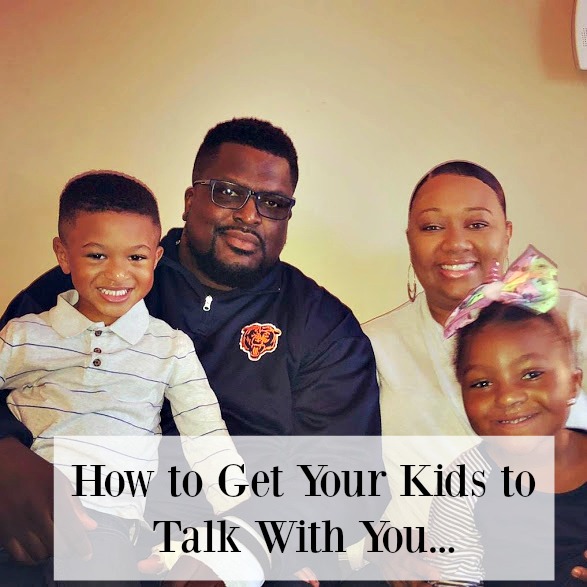 One of the things about people is that they tend to follow the path of least resistance as they move through life; one unfortunate consequence of this is that it causes people to avoid noticing things unless something happens that forces them to see it. When this applies to parenting, it can lead to very bad things. This is why it’s a really good idea to schedule a regular daily talk time with their kids; individually.

For me, I often take time to talk to both children while they’re getting dressed. My children are on the younger side and I still have to help them when they get dressed every morning, so I take the time to see what’s going on in their world while we are getting dressed. Another time my husband sit and talk to our children collectively is during dinner time. I’m with our children daily at dinner time and my husband (when he isn’t working) we all sit down together, mute the TV and we talk! Sometimes we talk about what’s on TV but a lot of the times we let the children lead the conversation!

Another time we sit and talk is during our morning commute to school, sometimes we sing but before the first one gets dropped off we pray together and talk about Jesus and having a good day at school. If there was something we discussed the prior day, such as (not playing with bad friends, or not being scared to try something new) we will recap those conversations as well!

It seems a simple enough idea, you simply make a habit out of talking to your son every day for a few minutes as soon as he gets home from school, or you pull your daughter into the den to talk to her privately for a little while at eight o’clock every evening just to talk. Yet, very few families actually do such a thing because it seems too formal, or because they can’t imagine what they’d talk about with one another on such a regular basis. 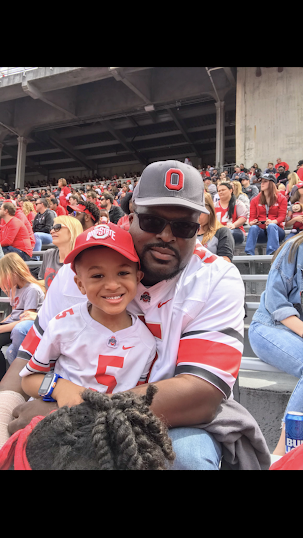 But that’s the thing of it, you don’t know what you’ll talk about till you try; and the more you do it, the easier it gets because that’s just sort of how the mind works. If you know you’re going to be talking to someone, your mind just sort of tucks things away as you go through your day, and then, out it comes when that time to talk arrives.

The answer is because as kids get older they find other people to share their thoughts with; people their own age or who are into the same things as they are; people who don’t have the power to punish them or make them do things or stop doing others. And because the details of the life of a grownup aren’t that interesting and who doesn’t know that.

This is why it’s crucial that you do set up a scheduled time, and then adhere to it; to make it so that talking with your kids won’t feel like some special event whereby you impart bad or upsetting news, or worse, have to hear it from them.

If you set up a time to talk with your kids one-to-one, every single day, they will come to expect it to happen just as much as you will! The lines of communication will remain ever so much more open than if you don’t.  And even if they never tell you, your kids will come to appreciate you for it, because they will see that other parents don’t bother.

The city is still buzzing from the @nfldraft this

If you’re a blogger/influencer how do you handle

{AD} Join us tomorrow as we discuss all things Bla

As you know the @nfldraft is in Cleveland this wee

Do you have your children set up for Summer? Have

#AD Hair is such an important topic in our communi