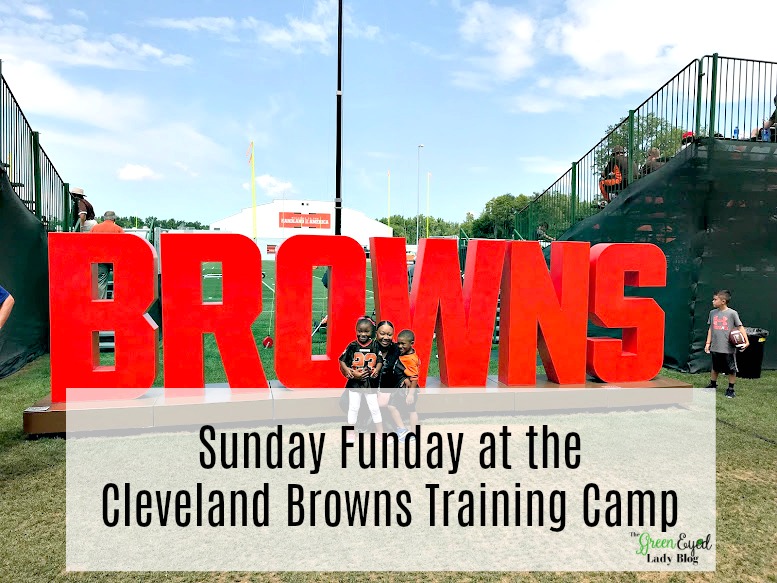 On August 12, 2018 we left church a little early for some family fun in the sun at the Cleveland Browns Training Camp. A couple of weeks prior to going, Darrick took the kids on his off day, and he also attends each year with friends. I, on the other hand, had never been to the actual training camp, so I was really excited. The kids were really excited as well, they were explaining camp to me as if I didn’t know anything about football. I actually thought it was cute! Darrick told me all about the different events the kids participated in, and they were excited to show me EVERYTHING! 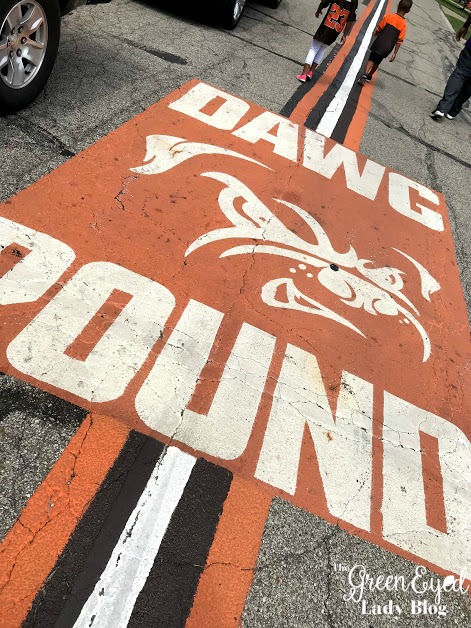 As they walked I took pictures! You know the whole blogger life, taking everything in through my camera! Darrick and DJ had their own conversation and Emma was paying attention to me but in her own little world. So as she skipped down the street I had to capture some pics… 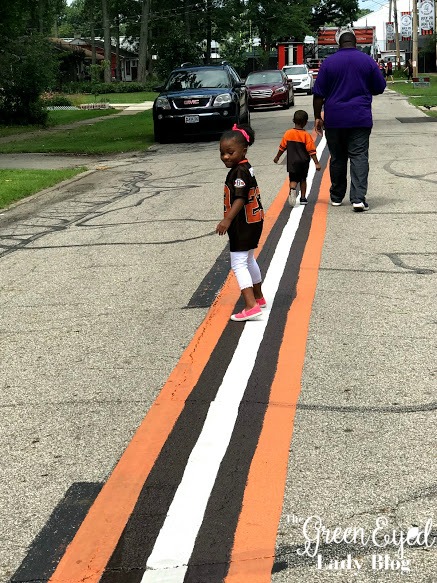 The Browns Training Camp is located at 80 Lou Groza Blvd, Berea, OH 44017, if you’ve never been to Cleveland before this is located on the West Side of Cleveland not too far from the Cleveland Hopkins International Airport. 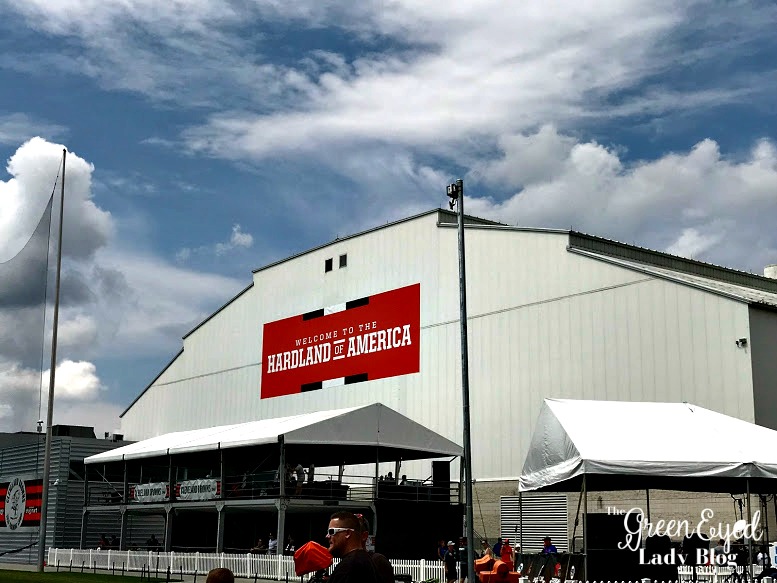 For the month of August, its dress down Sunday at church, I originally planned to change into my Browns attire, but at the last minute I kept on my dress and leggings and added tennis shoes for the walking. We didn’t have to do a lot of walking because the facility is nestled in between houses in a residential neighborhood. I think its so cool that the families that live around the training facility take part in the festivities as well. 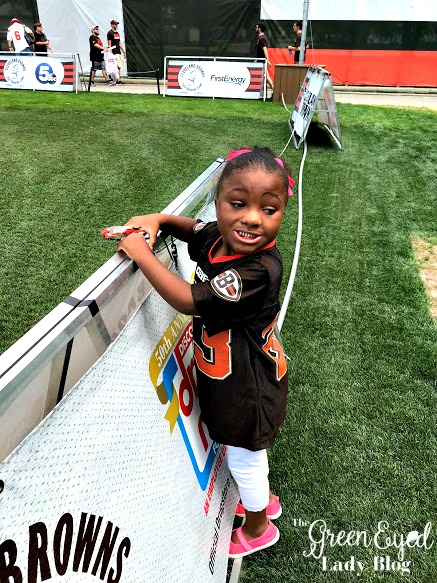 When we arrived the players weren’t out on the field so we had a chance to really see what the practice field looks like! 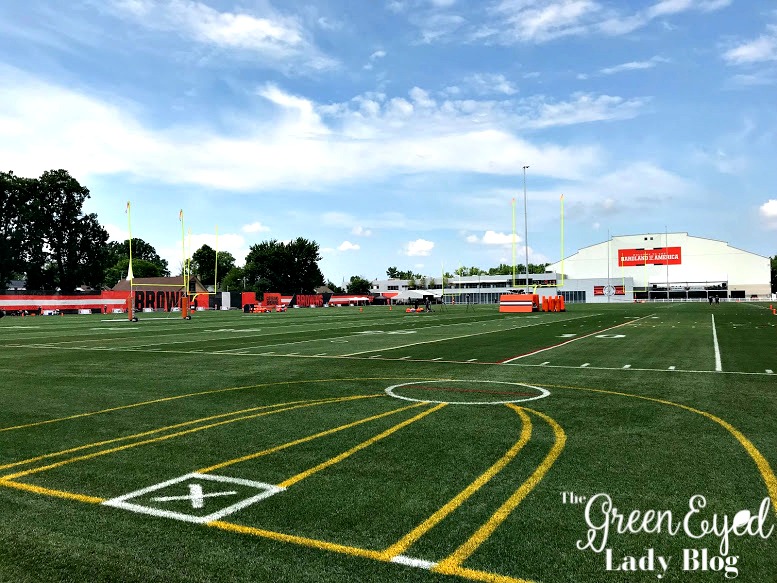 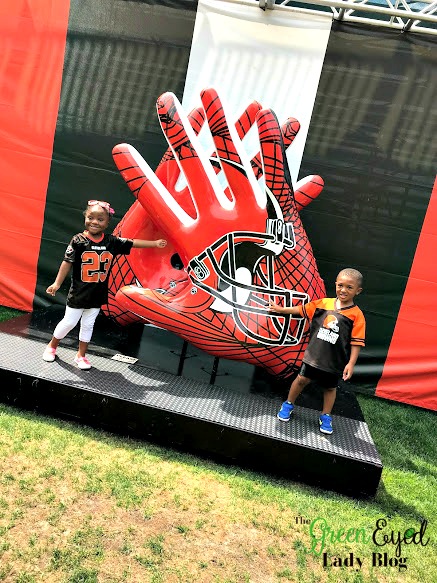 I had to get a chance to take a picture with the life-sized Bernie Kosar Bobblehead! 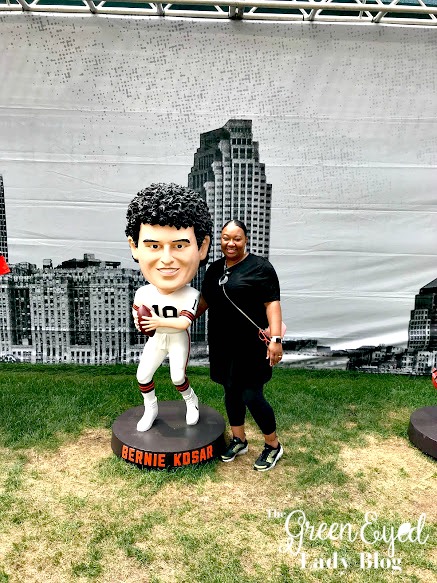 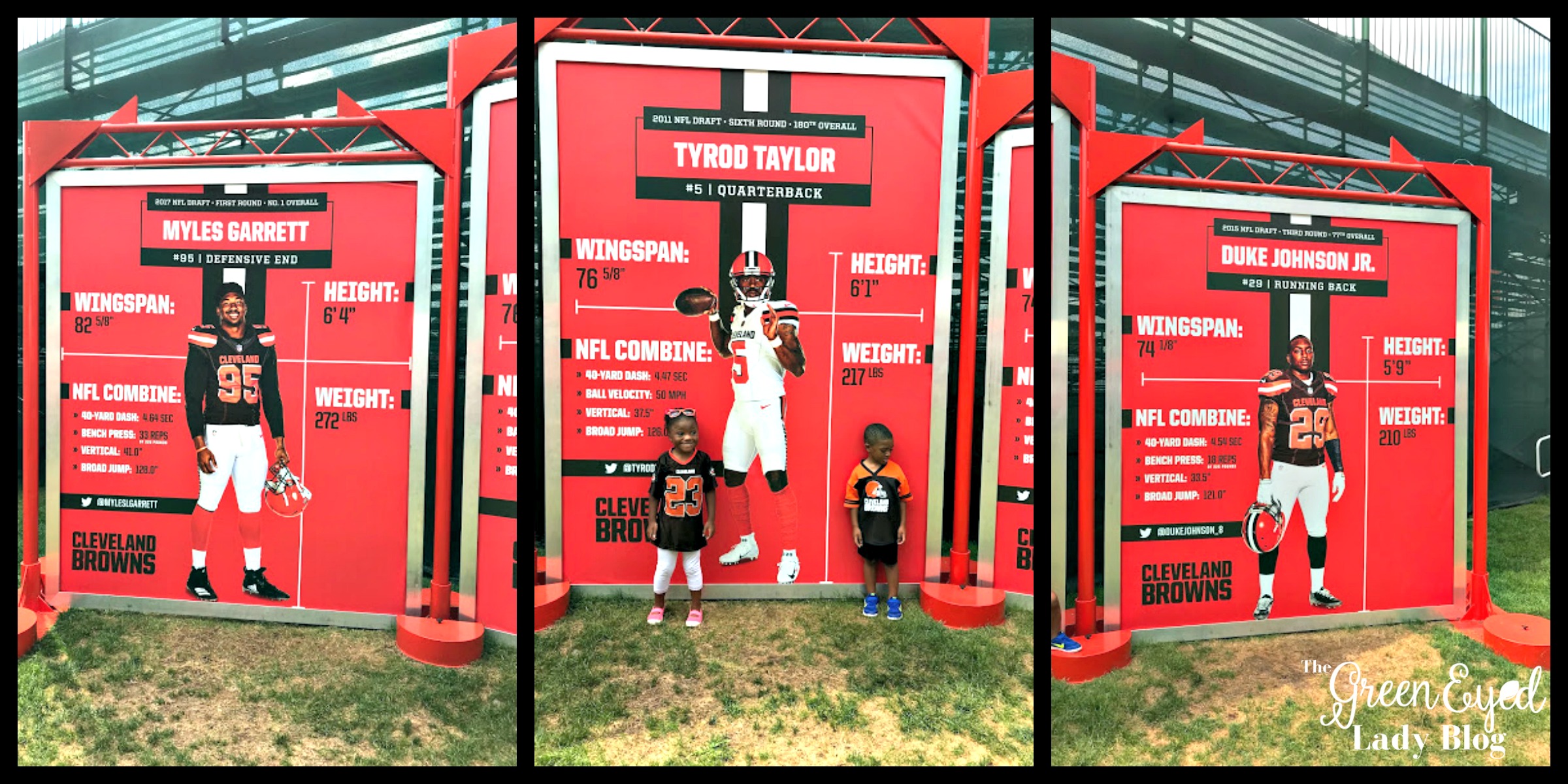 Emma and DJ told me to stand here and watch them go through the obstacle course. LOL! I guess this was their way of showing me how training camp works! 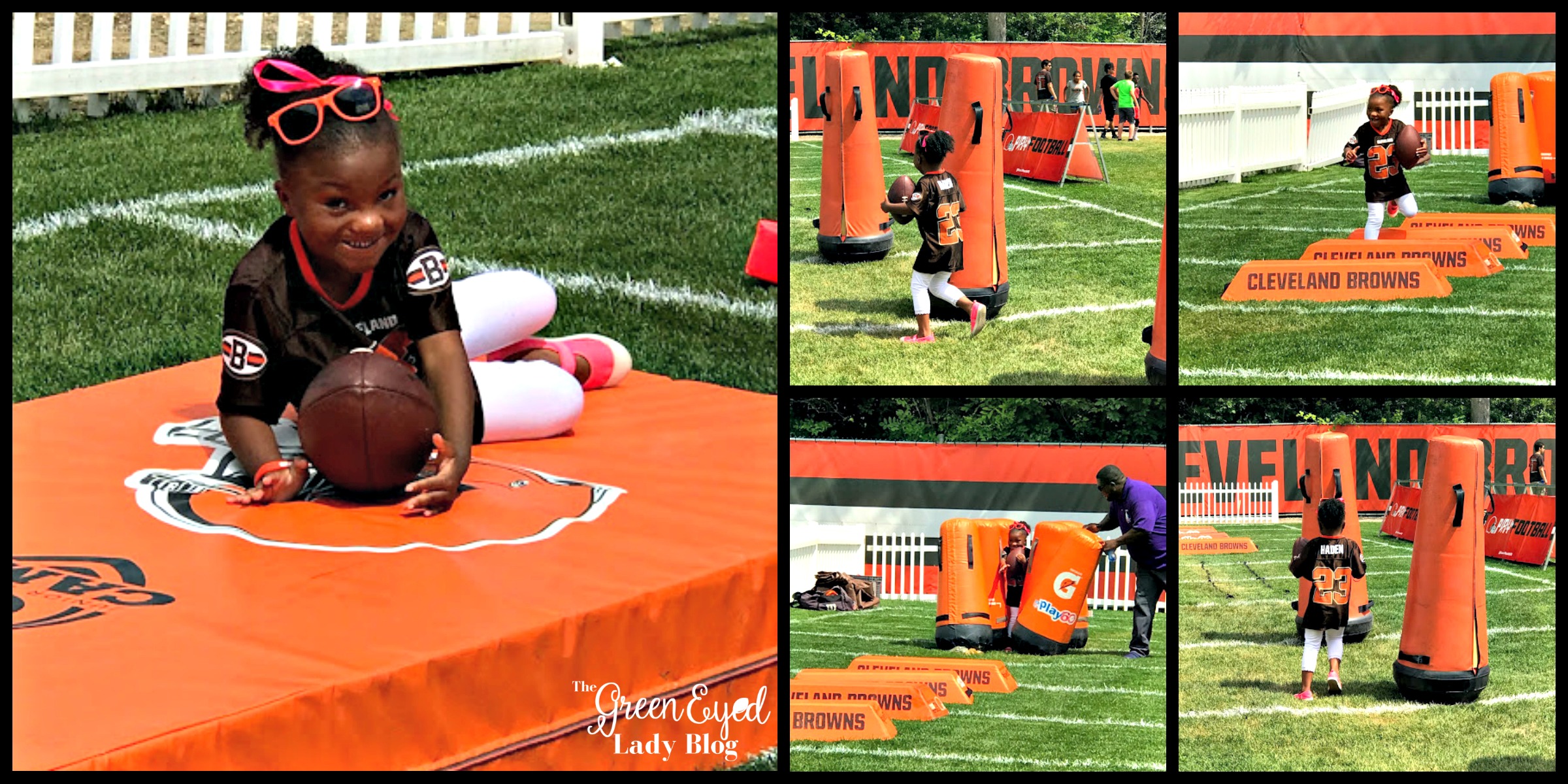 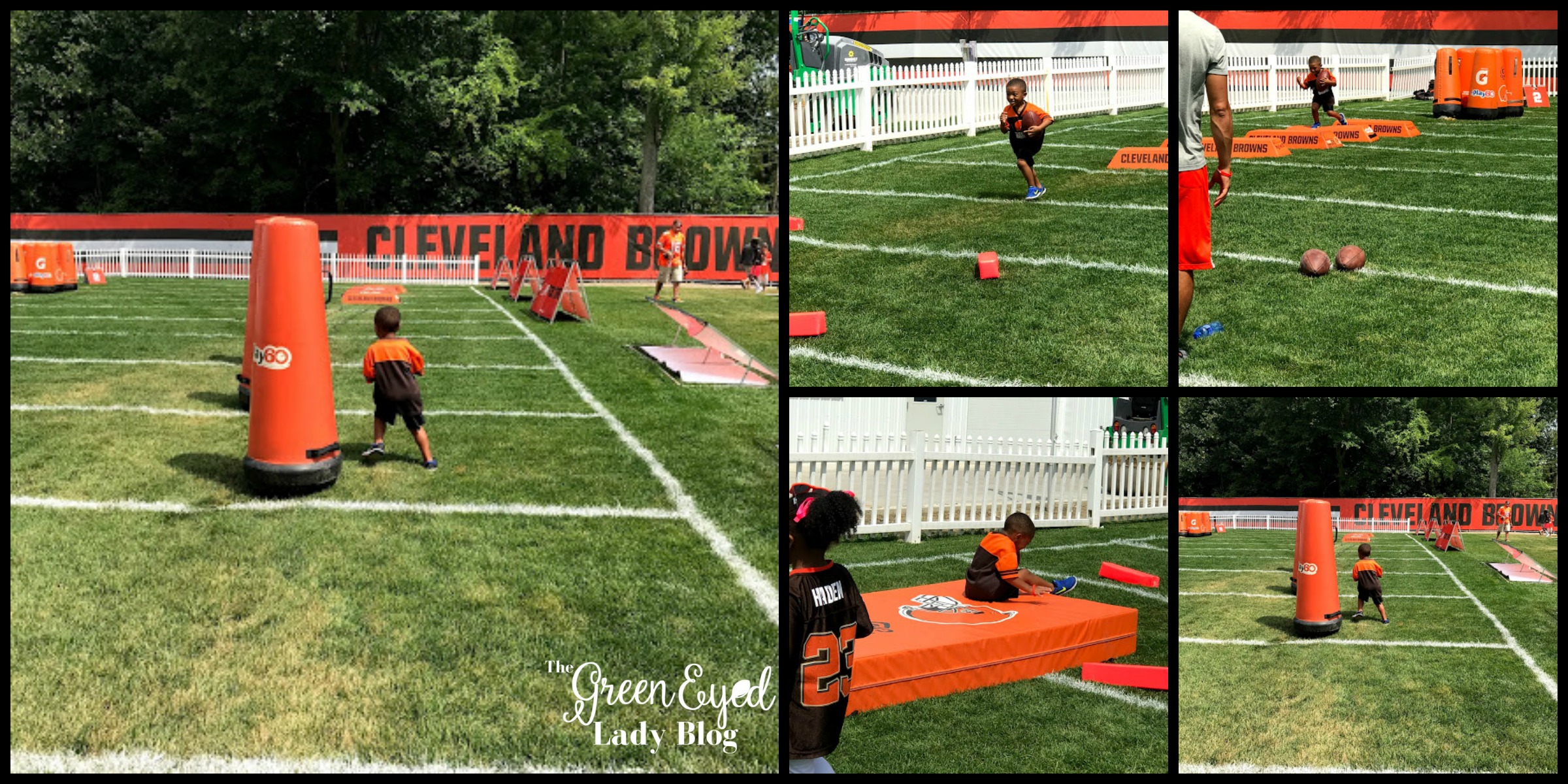 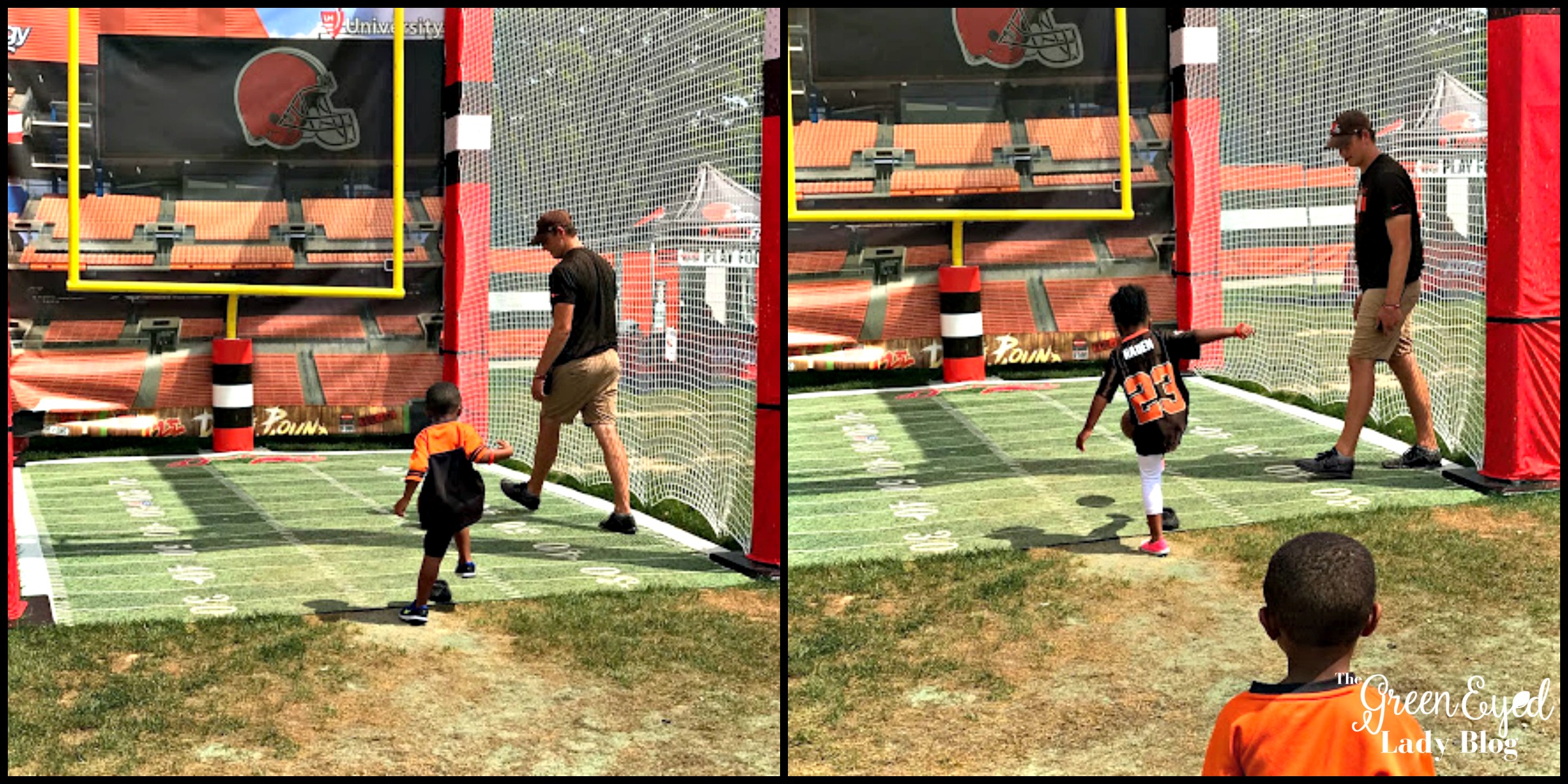 By the time Emma and DJ completed the obstacle courses, the players were on the field! And it was people EVERYWHERE! So Darrick grabbed DJ, and Emma and I navigated our way through the crowd to the food truck for lunch. We ate a little bit of food and returned the bleachers to watch some of the practice!

Watching them practice reminded me of my high school days when we finished Volleyball practice and we would watch the football players finish up their practice. It was great to get a close-up but it was also amazing to see HBO filming at the same time practice was going on. 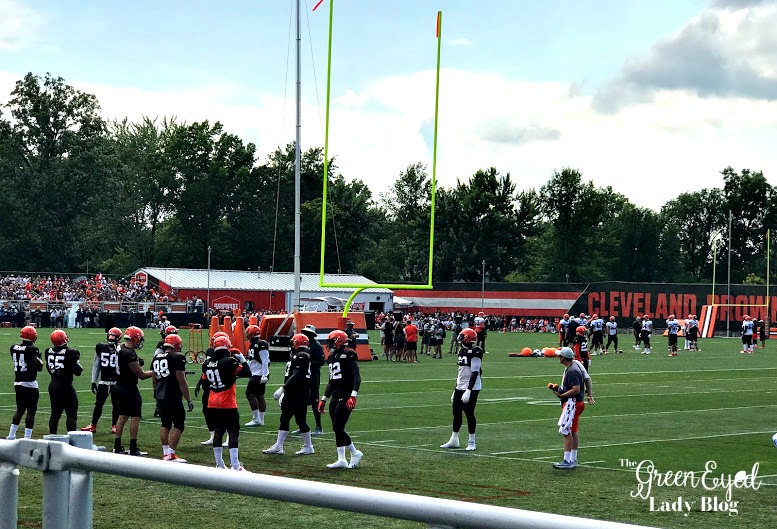 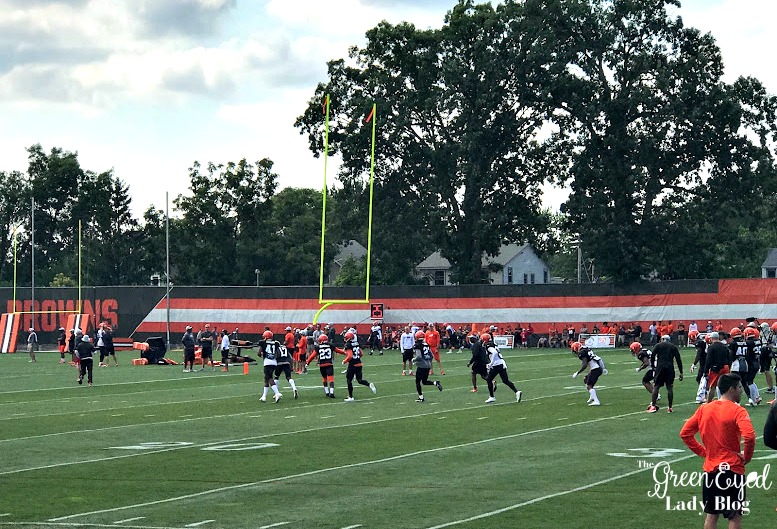 As many know, last year the Browns were 0-16, but this year just feels a little different. It could be the hype around the newly drafted players or the ones we acquired or are going to acquire…it could be that the Browns are currently being featured on HBO Hard Knocks. 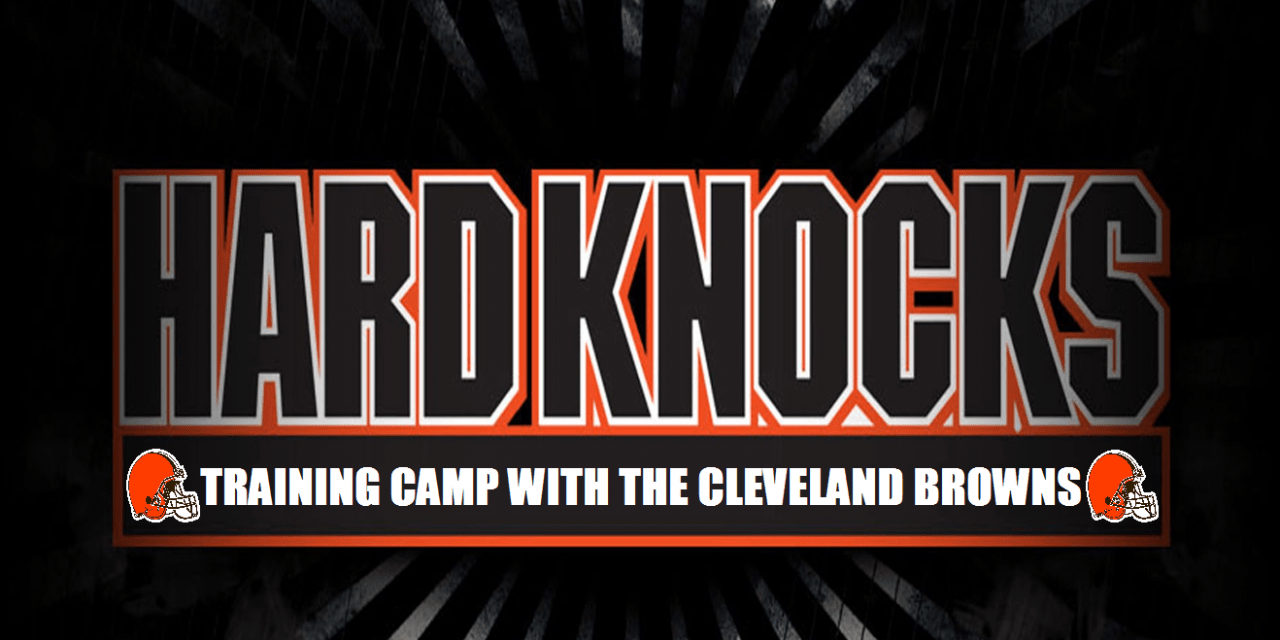 I am true to this football life, so I often watch Hard Knocks with my husband, but to see my Brownies being featured makes watching a little more interesting. And it has made me love my Browns a little bit more!

We are all excited about the upcoming season, and hopefully, we can make it to a game. Its been a few years since I have been to a game so I would love to have a chance get there this year!