This is a sponsored post by Feld Entertainment and Marvel Universe Live. I have received tickets in exchange for my review and promotion. All opinions are 100% my own! 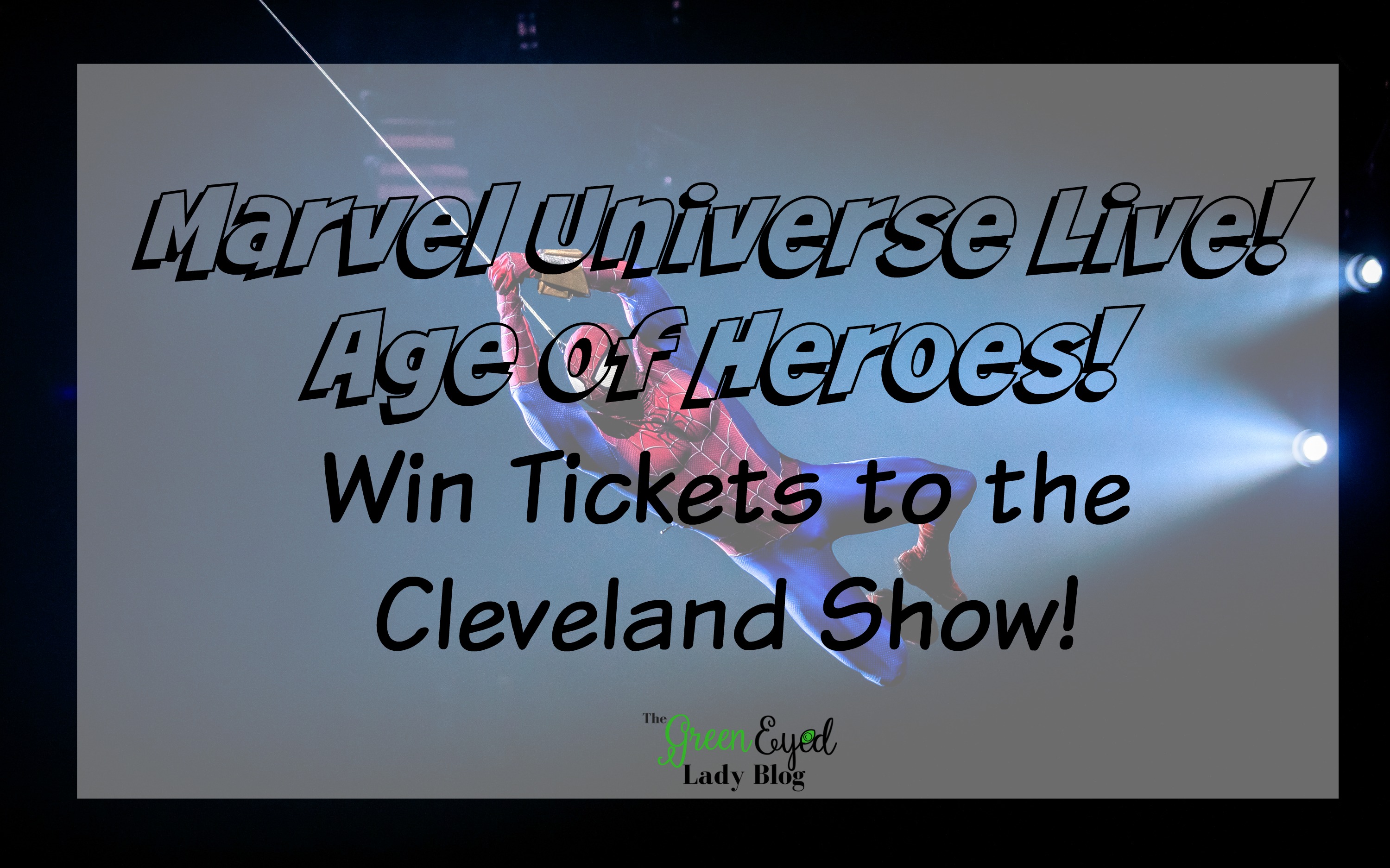 Last week my family and I had the pleasure of attending the Preview Night for Marvel Live, Age of Heroes at Dave & Buster’s in Westlake, OH. I have never really been into graphic novels, honestly, it wasn’t until about 3 years ago that I fully understood the storylines behind them. I’ve shared the stories about when our twins were born we called Darrick II, Superman because he was in the fight for his life. They were born a couple of weeks before Halloween and we dressed them up as Superman and Batman. Darrick II was Superman because he was so strong, and DJ was Batman because he slept during the day and woke up at night.

Although Darrick II is no longer with us, his twin DJ has taken the role of two superheroes…he’s a combination of Spiderman (he loves to climb) and the Hulk (because he’s the big little brother), and Emma loves all the superheroes (especially the girly ones)! One of my fondest memories of going to the hospital and seeing our son was the conversations that Darrick and I would have as we walked through the hospital. Many nights when we left the hospital he would tell me about his graphic novels that he read to take his mind off everything going on, this is how I first learned the background stories of superheroes. I’m sure he didn’t think I was paying attention but I was because I needed something to divert my thoughts as well. Now we have a mutual love for Superheroes! He reads them and tells me the stories (LOL)!

Before attending the party, we made sure we all had Marvel T-shirts! We pumped the kids up by telling them we were going to Dave & Buster’s but we didn’t tell them we were going to meet the Superheroes…we left that part a secret! However, once they came in Emma jumped right into it, but DJ was terrified!

The night was AMAZING!

We had a chance to see a preview of Spiderman and the Green Goblin fight!

This weekend was amazing!!! We kicked off our we

Looking for something fun to do this weekend! Get

Happy Monday! Lately I have been LOVING @thestyl

Y’all this has been a week! One of @robynriddi