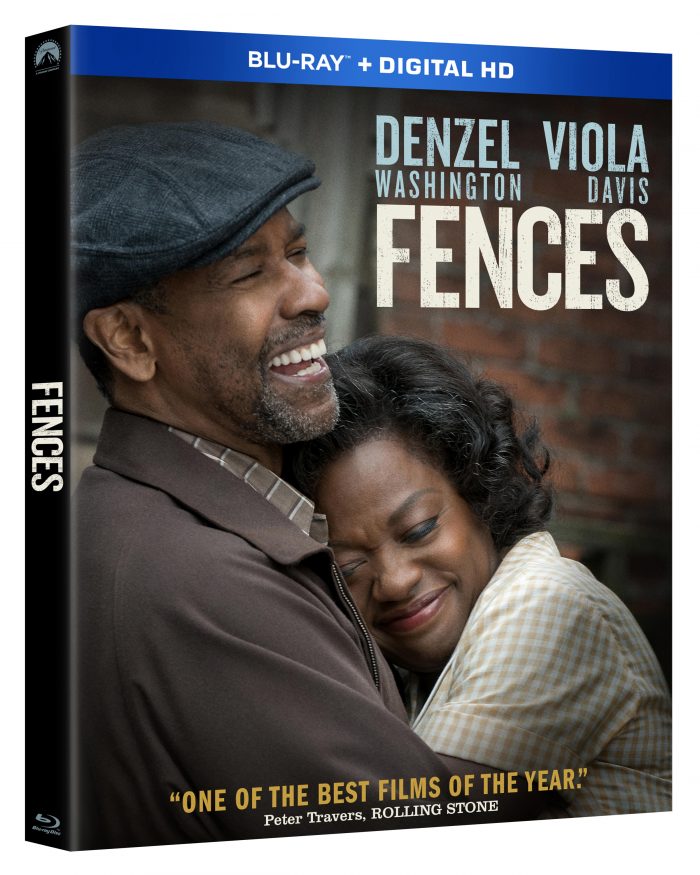 Curling up on the couch watching a great movie has been the norm lately since we have been snowed in for a couple of days. But no matter if the weather is bad or not…one of my favorite things to do is stay at home and watch movies!

The next movie on my list is FENCES…I know you have heard all about it! But it wasnt until I watched the Golden Globes, and Viola Davis gave her acceptance speech,  I knew I had to see FENCES!!! Davis won the Golden Globe Award for Best Supporting Actress in a Motion Picture for her role in the critically acclaimed film, Fences. She beat out some of the most talented actresses in the industry, when she went up against Naomie Harris, Nicole Kidman, Octavia Spencer, and Michelle Williams. And the fact that Denzel Washington is also a main character is a BONUS!

FENCES follows former Negro-league baseball player Troy Maxson (Washington) in 1950s Pittsburgh. He once dreamed of becoming a professional baseball player, but was deemed too old when the major leagues began admitting black athletes. Bitter over his missed opportunity, Troy creates further tension in his family destroys his son’s chance to meet a college football recruiter.
Buying the Blu-ray Combo Pack is the best option because it includes over 30 minutes of fascinating bonus content; interviews from the cast and crew, including actor/director Denzel Washington and Viola Davis, discover how August Wilson’s Pulitzer Prize-winning play was adapted from stage to screen.  FENCES Blu-ray Combo Pack is presented in 1080p high definition with English 7.1 DTS-HD Master Audio and English Audio Description and English, English SDH, French, and Spanish subtitles.

If you have seen FENCES, tell me about your favorite part?

If you have not seen FENCES, please comment and let me know why you want to see it?

Participants will be given a number and I will select a winner randomly!

Check out more about FENCES…http://www.FencesMovie.com/
Twitter: https://twitter.com/FencesMovie
Facebook: https://www.facebook.com/FencesMovie
“This is a sponsored post on behalf of Review Wire Media for Paramount Pictures. I received information to facilitate my review as well as a promotional item to thank me for my participation.”