This shop has been compensated by Collective Bias, Inc. and its advertiser. All opinions are mine alone. #TopYourSummer #SoHoppinGood #CollectiveBias 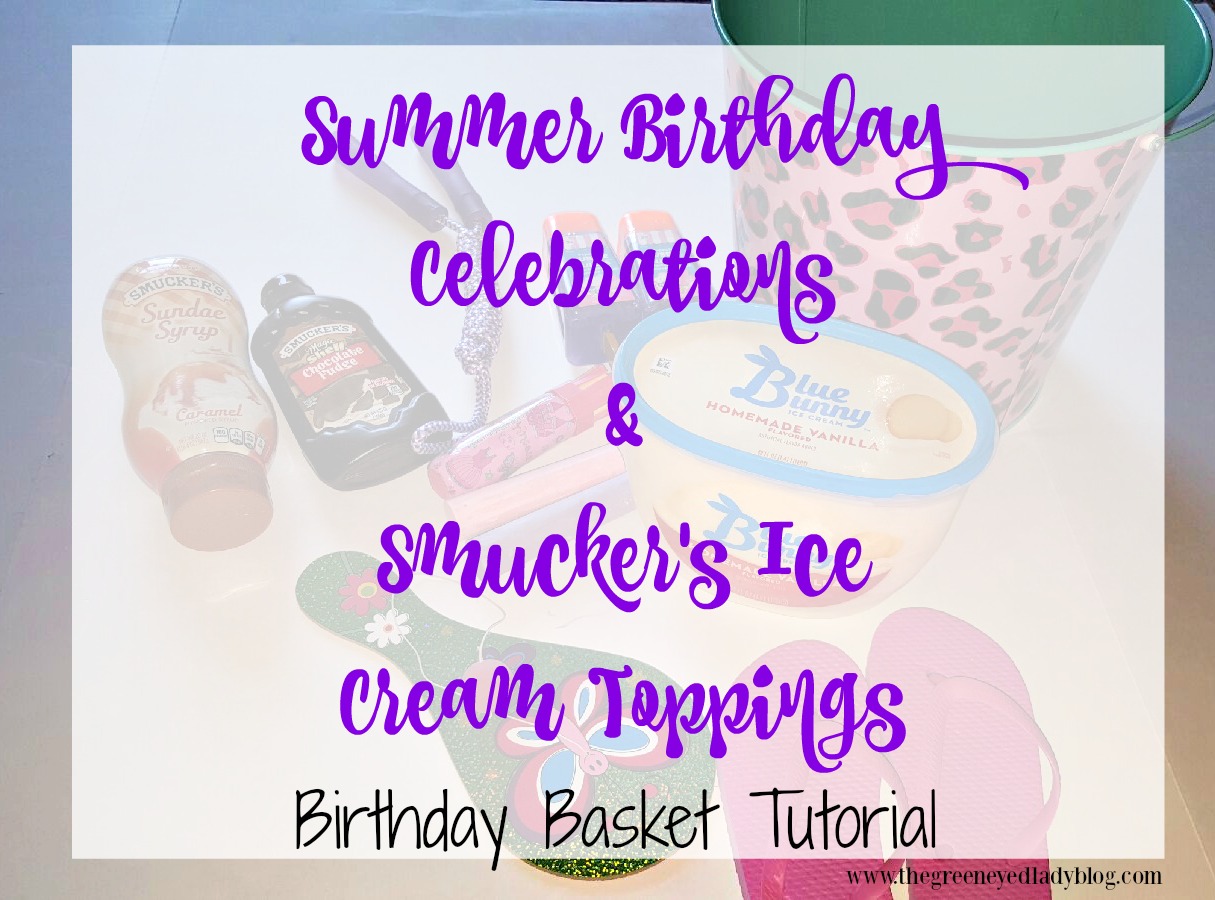 Next Sunday we will be celebrating my nieces 10th birthday. What I love about her turning 10 is that she is really a 10 year old, her parents have done a great job at making sure she isn’t too “fast” and that she is still into things that the “old school” 10 year old loves. She loves her American Doll, anything artsy especially drawing, playing outside, getting excited about buying candy at the store…she’s into electronics but its mainly to teach herself things like drawing and decorating via YouTube.

With her birthday coming up I decided it would be a great idea to give her a basket full of some of her favorite summer items.

My niece has truly been a blessing to my daughter…she’s like the big sister that she doesn’t have. This summer since we have decided to spend more time outdoors my niece has come over a few times and played with the kids. My kids love being with her but in the process of playing they learn so much in playing with someone older than them! This year I decided to make her an outdoors basket of some of her favorite summer goodies…

One of the things that I left out about my niece is her love of food. She’s always up for something good! I stopped by the store and picked up some of my nieces favorite items to play outside with…but I also included Blue Bunny® Homemade Vanilla Ice Cream and Smucker’s Magic Shell and Caramel Syrup Ice Cream Toppings… 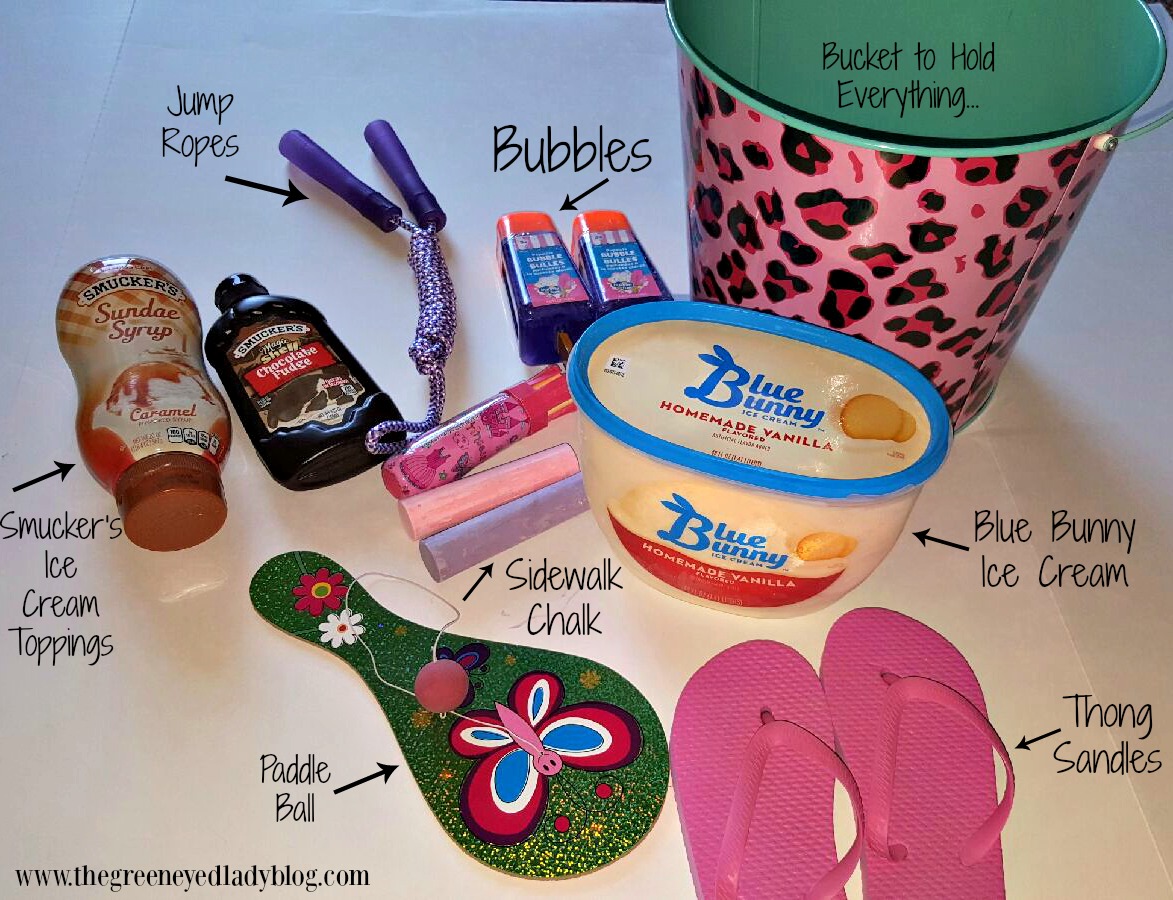 As a parent I love having lots of storage containers so instead of buying a bag for the items to go in I picked up a cute bucket to serve as a gift bag, but that can also double as storage bucket for these items so once she is done playing they aren’t left everywhere! 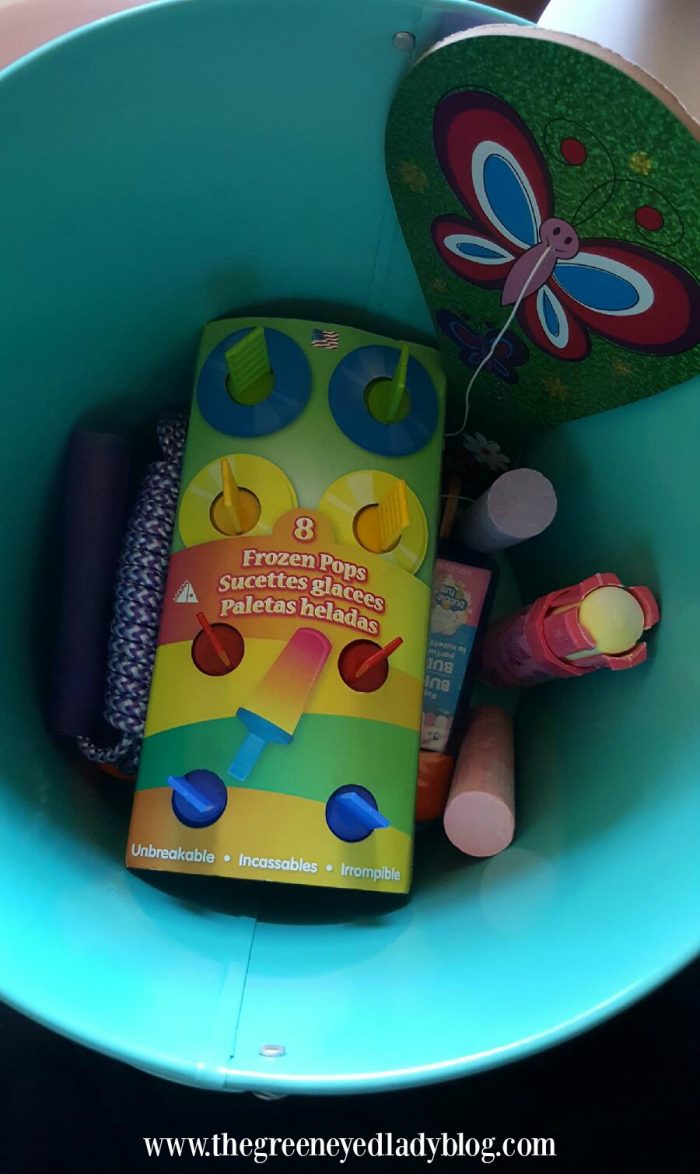 I remembered I had some Frozen Pop makers, and she asked me for them a while back so I actually threw those in at the last minute! They were still in the package so it worked perfectly! I placed the other items around the popsicle makers. 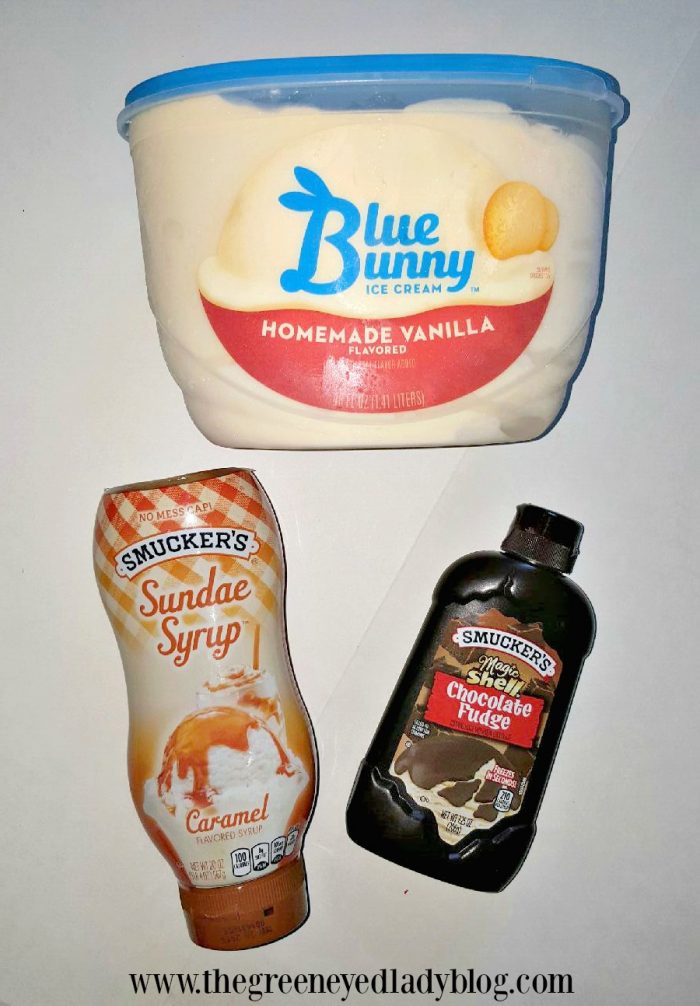 I was totally amazed and overwhelmed with the Smucker’s Ice Cream Toppings when I was out shopping…I literally could’ve purchased one of each to add that creative touch to our ice cream but I ended up only picking two;  Sundae Syrup in Caramel flavor and Chocolate Fudge Magic Shell!

BUT I have plans to buy more of these toppings because they go perfectly with my Homemade Ice Cream! And I had so many ideas going through my head of ways to try a few more of these with my ice cream…there is a topping for any kind of ice cream! 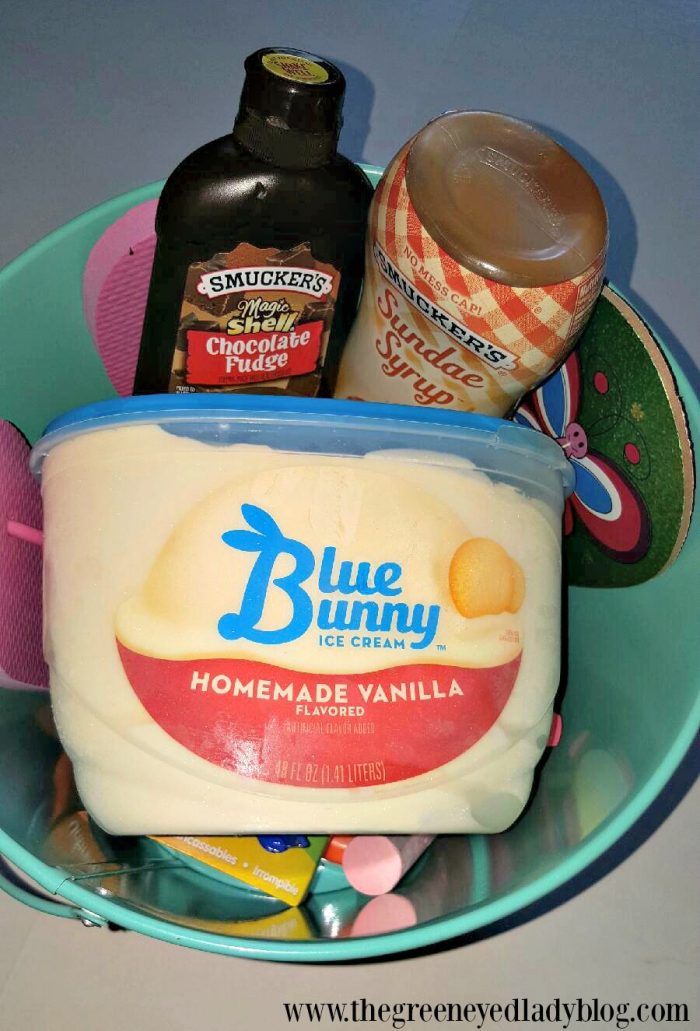 I added the Blue Bunny Ice Cream and Smucker’s Ice Cream Toppings at the top…so when I give them to her she can take the ice cream out and put it in the freezer until she is ready to eat it!

These were awesome choices because we love making sundaes at home instead of going to the ice cream parlor! 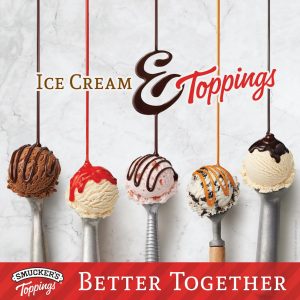 Earn cash back on Smucker’s Ice Cream Toppings with the free Ibotta app!

How do you plan to enjoy your summer with Blue Bunny Ice Cream and Smucker’s Ice Cream Toppings?