As a Feld Entertainment Ambassador I was given tickets to facilitate this review…all opinions are 100% my own!

So I must admit I’m not a huge superhero fan…I often get Marvel and DC characters mixed up…but let’s just say after this show I have been converted!!!

I only really got into Superheroes last year when we had the twins and we called one Superman, and the other Batman…I only knew a little of the history of the characters. When I told my husband about this show he was pretty excited because he is a superhero fan. He reads comic books and he used to watch all the cartoons and movies when he was growing up…he knew a lot of history and didn’t mind catching me up before, during and after the show! 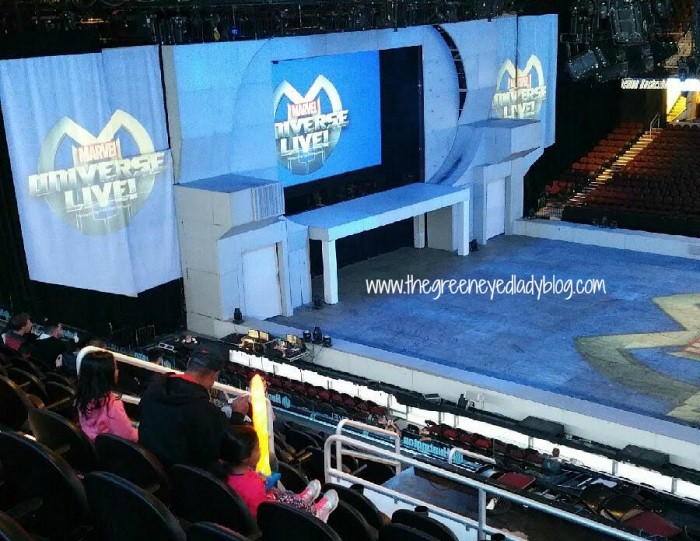 Last week the kids came down with the croup cough (guessing it came from school and Emma gave it to DJ)…NO FUN!

Well I knew the show was coming up but we were still on the fence about it because they are a little young and watching the clips on YouTube I wasnt sure if it would’ve been too much or not. So between that and the coughs we decided it was best to let them stay with the grandparents and we checked out the show.

He was excited, when he came home from work he had his HULK shirt ready to go! I on the other hand stopped by the store earlier that day to make sure my attire was proper!

We arrived a little early and we “people watched” we were amazed by some of the costumes the adults and children had on! They were very detailed!

Once the show started the little boys behind us cheered and screamed “WOW” the entire time! And they talked “smack” with each other on who was better! But it didnt take away from our experience at all, since our kids were there it was actually a chance to get the experience from an adult but also a kids point of view. Let’s just say they LOVED IT! I would probably take our kids next year once they are a little older! Aside from the colds, being (3 years old and 11 months) was a little young in my opinion to sit through a show like that!

Once the show started it was full of colors and pyrotechnics…it was AMAZING!

I was a little nervous on what to expect, because I didnt know what to expect…if that makes sense! And apparently there were a lot of Moms feeling the same way because since we went the first night and it was a school night I got lots of questions on our picture when I posted it on FB.

But I was surprised…there was a story line and everything and each character had their chance in the spotlight!

Our favorite part was towards the end when the Hulk changed…since he was a character I was familiar with and Darrick’s favorite of Marvel, we couldn’t wait to see him change! 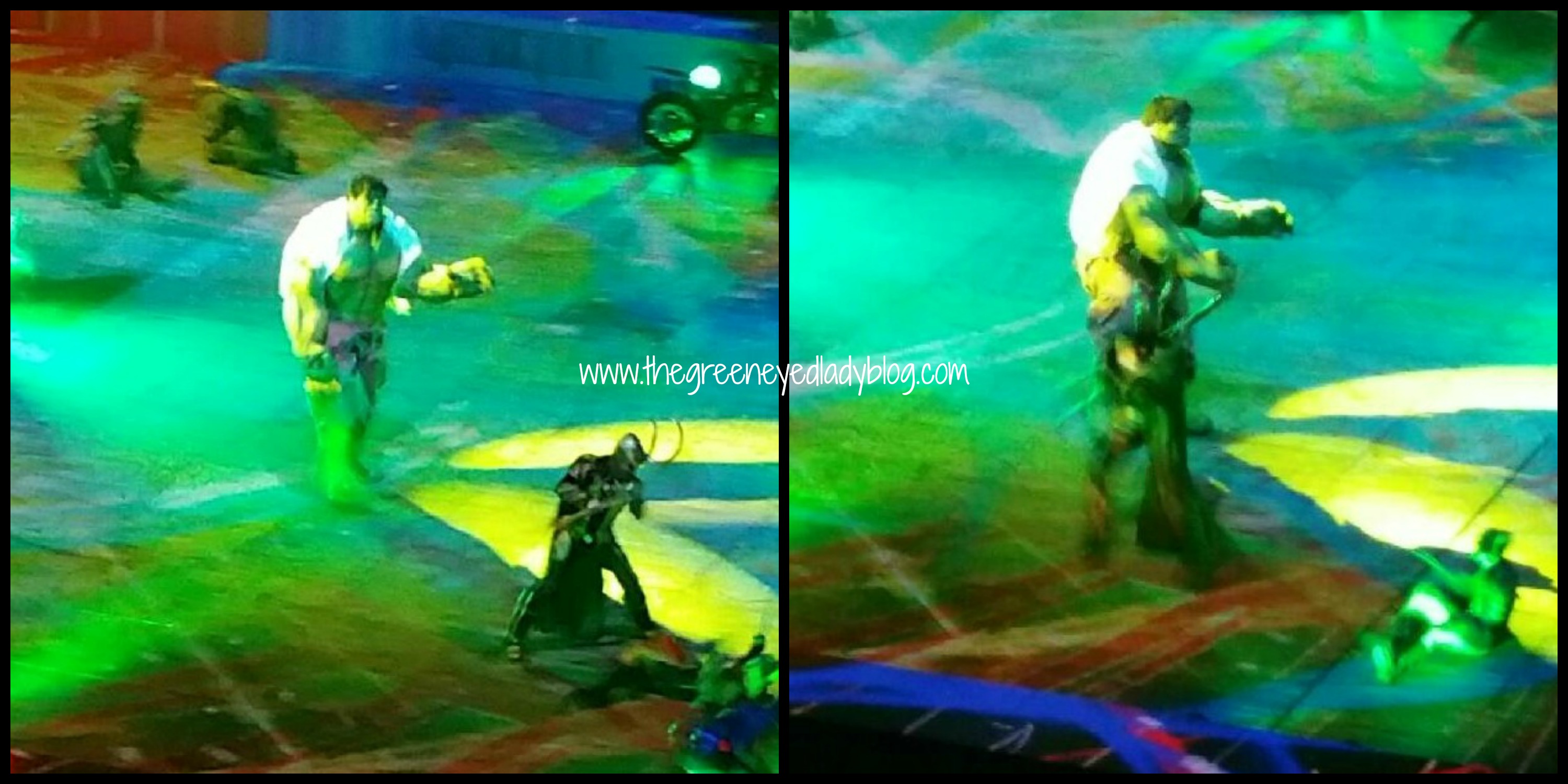 My pictures of him aren’t very good because I was excited when he changed and he kept moving! HA!

But he was so worth the wait…

I cant say enough of how the show was AWESOME to watch, and it was even better to hear the children behind us and how much they LOVED IT! For a child its just the right amount of action and stunts…and from an adults view, it was AWESOME! And hopefully next year they come back and we can bring the kids.

If you didn’t get a chance to see the show in Cleveland…don’t worry, its traveling and you can catch it at a city near you!

Be intentional and present in the moment! Remember

Happy #InternationalDayofTheGirlChild to my Emma (