I received the LG G Pad for review purposes as part of Verizon Wireless Midwest Blog Contributors. Opinions are 100% my own! 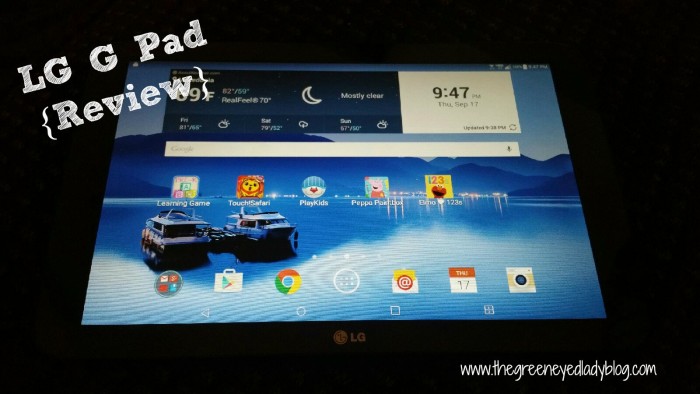 We had the chance to review the LG G Pad for a little over a month. I say “we” because Emma was the primary reviewer.

The LG G Pad has a powerful processor, built-in multitasking features and a brilliant 10.1-inch HD+ IPS display. The tablet has the ability to connect you to music, movies and apps; and is only available on Verizon, it’s powered by America’s largest and most reliable 4G LTE network.

The feature that caught my attention was QPair.  QPair connects your smartphone so you will never miss any incoming calls, texts.You can also view social network updates from your tablet…all while your phone is in another room!

I really liked this tablet…I loved the size and it was very user friendly. 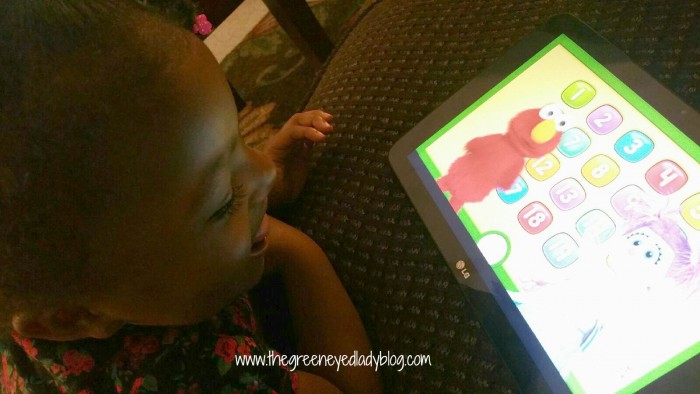 When I first showed it to Emma she picked it up and started using it right away, so I guess if a 3 year old can use it right away it should be easy for anyone! But then again Emma is a pretty tech savvy little 3 year old! She hasn’t come across a gadget that she hasn’t been able to use…

There were games preloaded on the tablet for her age group and she jumped right in!

I know many aren’t fans of having a 3 year old being tech savvy but actually its been pretty good for our daughter. As I have talked about many times, Emma has a few developmental delays and being able to learn via a tablet has been a blessing!

She uses the different apps to learn different words, she repeats animal sounds and letters. Along with counting and “sorting” items in different categories. This doesn’t stop us from working with her at home, but while she is “thinking” she is just playing on a tablet, she is also learning at the same time.

Emma currently has her own tablet which is actually a different brand than the LG G Pad, but she was able to use this one with no problem. I actually tried to show her a few things and she moved my hand and said “no, no, no”…so I guess she was a pro with this tablet as well! 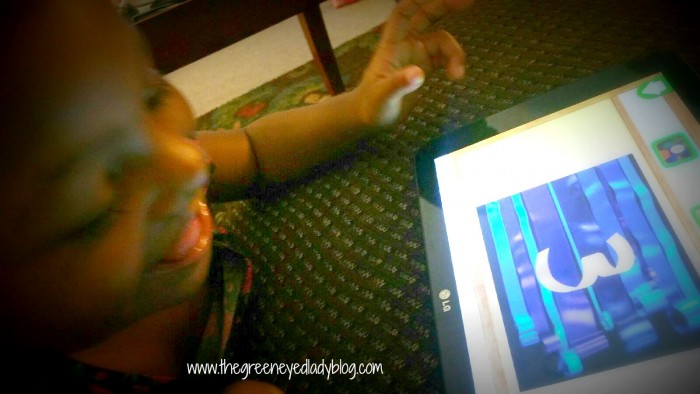 This particular app that she is playing with has her tracing the numbers. Tracing is the first step in learning how to write. We trace her name on paper, but we also have her learning on the tablet as well. Again, she thinks these are games but its actually part of learning vital education processes. 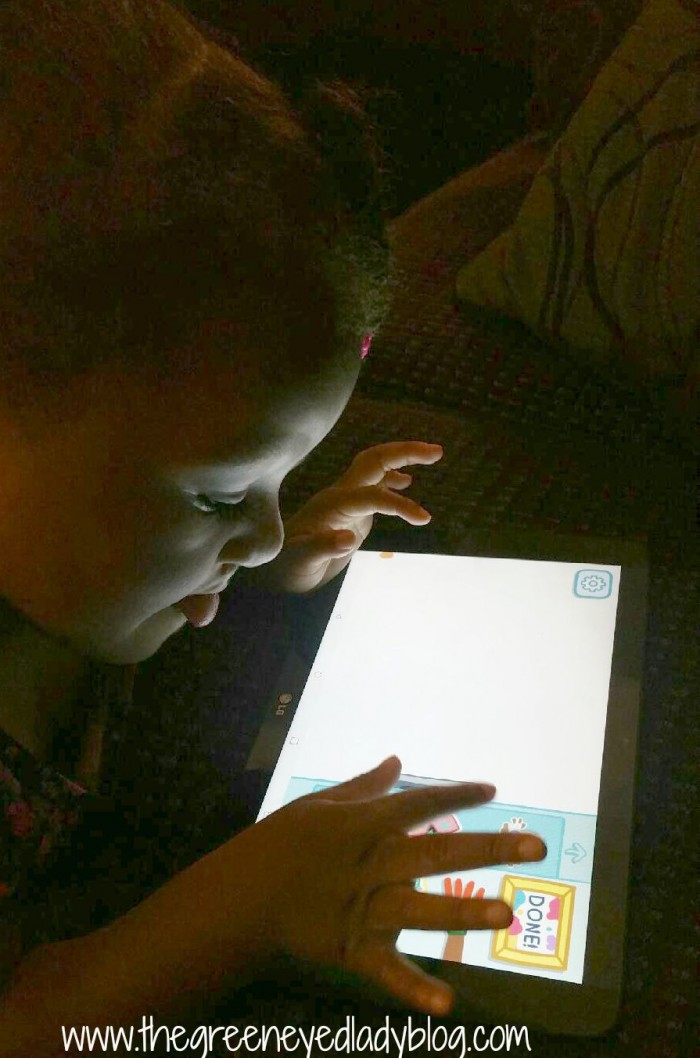 Now I know a common argument is your child to get into things that they don’t belong in or them downloading something they shouldn’t be. Emma’s tablet is monitored mainly by me and sometimes by Daddy. Apps can only be downloaded if I have entered a password to do so, and it is linked to my tablet. So I can pretty much see everything! We monitor her time on the tablet, and she isn’t on it daily. Actually with school in session she is only on it a few times during the week because they days go so fast.

My son in only 11 month, he shows interests in his sisters tablet. While he has a long time to go before we get him his own tablet, I will be considering the LG G Pad for him when we get ready to purchase him one!

The tablet is AWESOME and the size is great as well! It was big enough for her to see everything but no too big where she couldn’t carry it herself!

Are you a fan of tablets for your little ones? If so, which one do they have?