This shop has been compensated by Collective Bias, Inc. and its advertiser. All opinions are mine alone. #BDayOnBudget #CollectiveBias 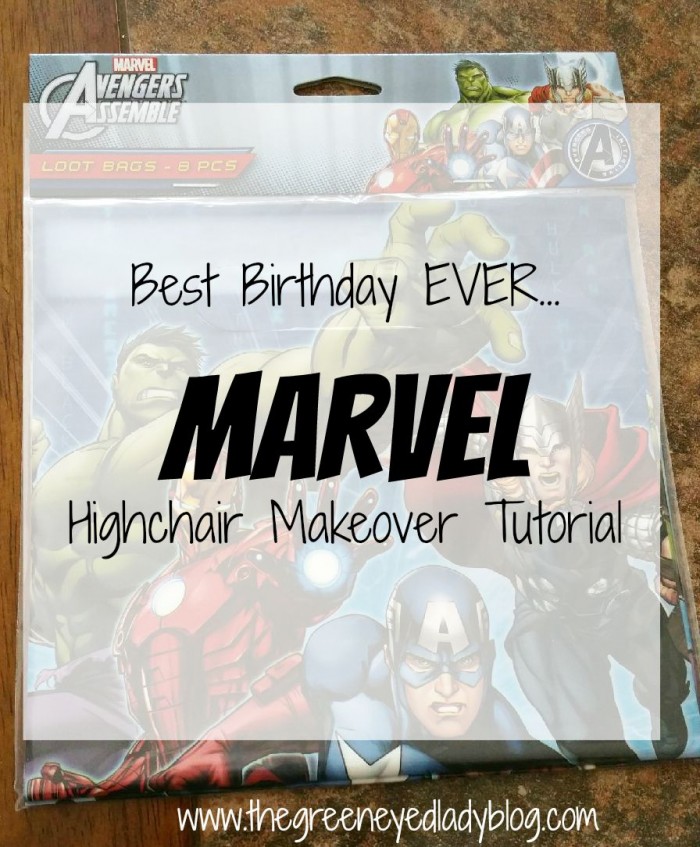 Last year when we found out we were pregnant, and pregnant with twins we were totally SURPRISED! Darrick and I had often talked of wanting twins but to find out we were having them, was such a blessing! My due date was November 12, but carrying twins you only carry them for 37 weeks, that pushed my due date up to mid-October. We were actually able to pick the date of their birth because it was a scheduled cesarean. Coming from having a miscarriage the prior year, we knew that these boys were our little super heroes, and once they got here we realized that even more!

They were born about two weeks before Halloween so in true fashion they had to have little costumes. We got Darrick II Superman because he was fighting for his life, and Douglass was Batman because he slept during the day and stayed up at night. We even wore Superman t-shirts to Darrick II’s memorial service because he was our little superhero (now he the superhero we carry in our hearts)!!

Now with their 1 year birthday approaching…what better way to celebrate than with a Superhero theme!!! Although we have pretty much stuck to the Superman/Batman theme, for their birthday we decided to stray a little but continue with the Superhero theme!

Darrick and I are very family oriented! We probably are a little different from your average parents, in that we don’t do a HUGE celebration for the first year! Yes, we are EXTREMELY grateful for our children (this was actually questioned when we didn’t have a big birthday bash for our first child)…but we like to celebrate with family and show love this way versus a HUGE birthday bash that they will have no memory of! We also learned with Emma that you can change some of their normal settings and it may make them very uncomfortable!!! Emma wasnt the child that wanted the attention, she still isn’t “that child” so after EVERYONE sang Happy Birthday she actually cried! It was actually the cutest thing ever, but I felt so bad for her!

One of my favorite parts of our Emma’s 1st birthday that I loved was transforming her high chair! The high-chair in the kitchen is like personal territory for DJ. Even though this particular highchair has been in his family for 9 years since my niece, all he knows is that its currently his! So with everyone coming over to celebrate, he still will have the chance to be in his own territory when it comes to eating… 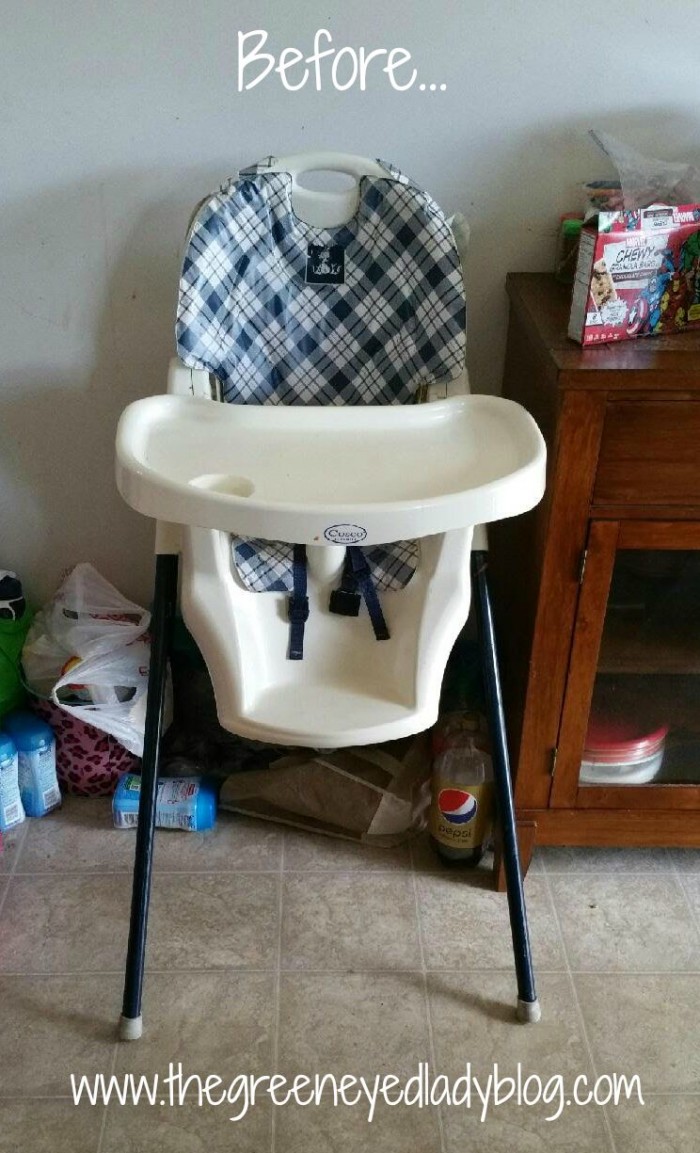 Sorry you know the kitchen is the meeting spot for EVERYTHING! So here is DJ’s highchair…

I started with one of the MARVEL birthday banner! It was one long banner but I split it up and made it two lines instead of one because it would be awkward with pictures if it was super long and DJ is sitting on one side of it.

Next I took a bag of “loot bags”…bags that you make the goodie bags out of and taped them all over the table of the high chair. 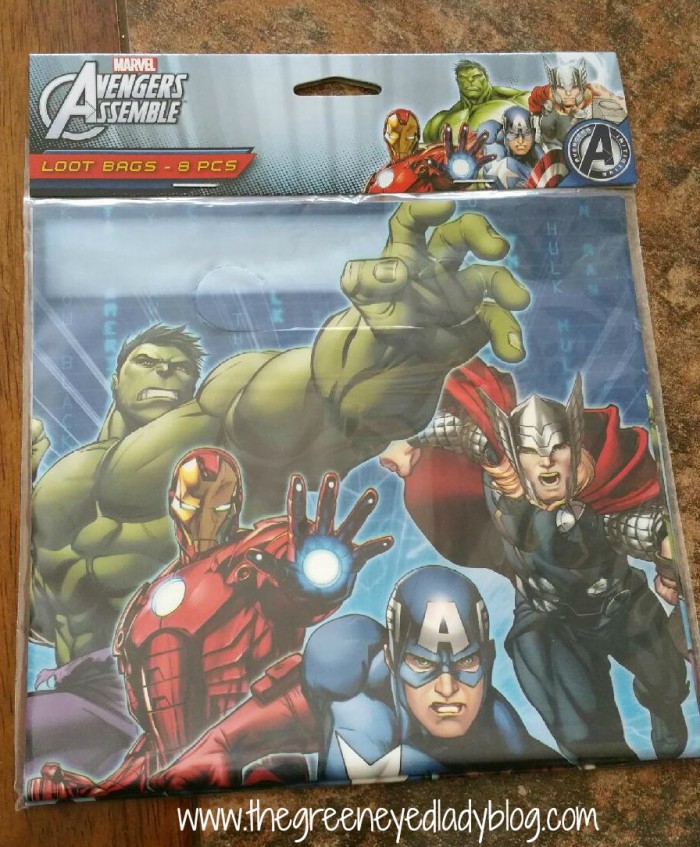 I wanted something that would “pop” and this was the perfect item. The pictures were nice, clear and shiny! It captured my son’s attention right away. I had to also be careful to keep the decorations “boyish” because I did a similar design for my daughters birthday and the high chair looked like a tutu, which is great for a girl but I wanted his to take on a different theme and design. 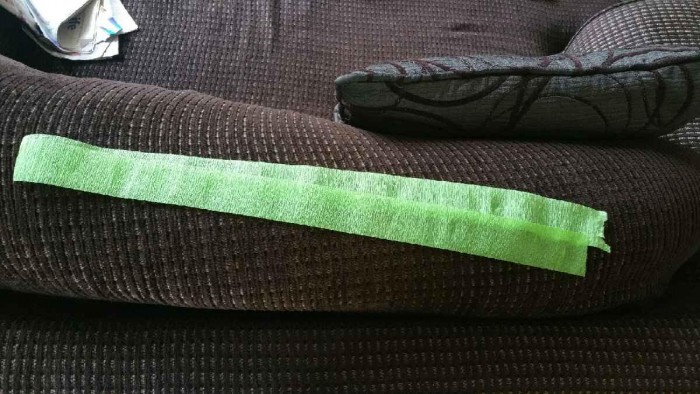 While watching TV I cut streamer into long pieces. Now I just picked a length and cut three different colors. I got this idea from a high chair I saw with neckties attached to the highchair table. I didn’t have neckties so I improvised with streamers. Streamers are so cheap and you can do so much with them! 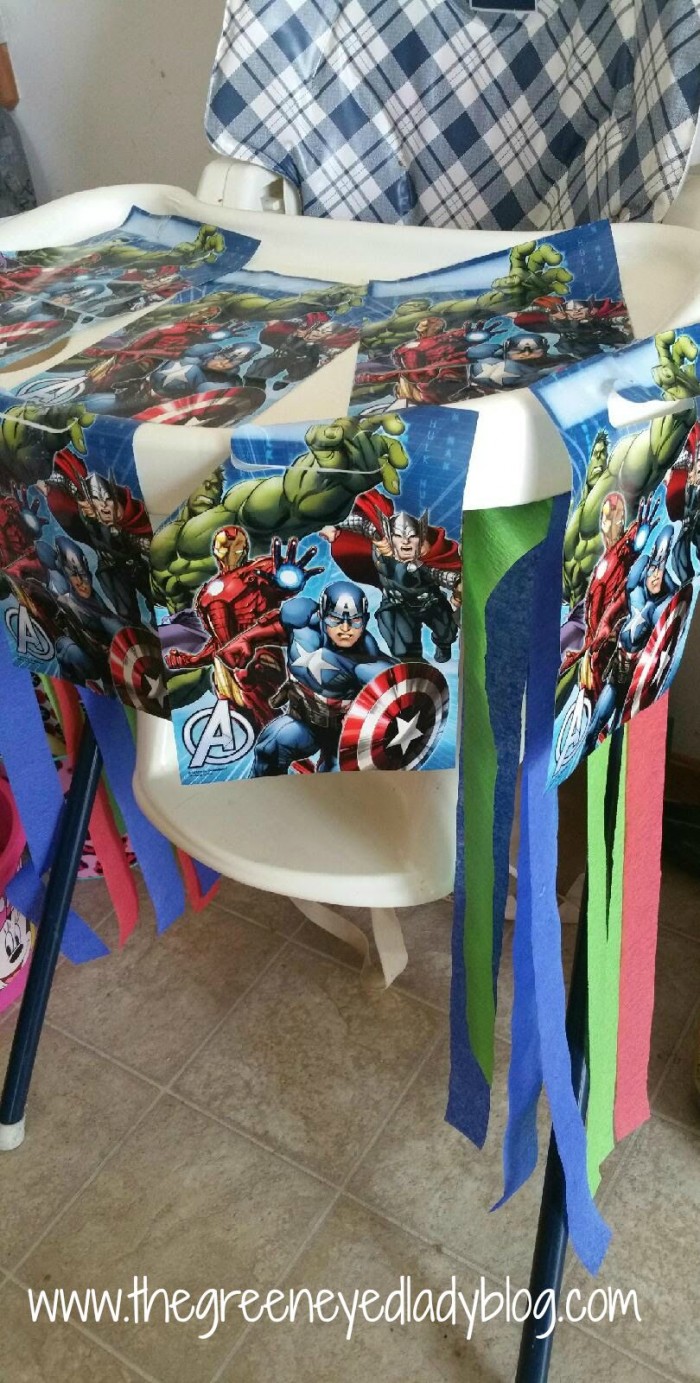 I only added streamers to the sides, but you can totally add them around the entire table if you would like. My son is a kicker so I know if I would’ve added them around the bottom they would end up EVERYWHERE! To add them, just flip the tabletop over and tape to the bottom of the table.

Next is the seat cover for the chair… 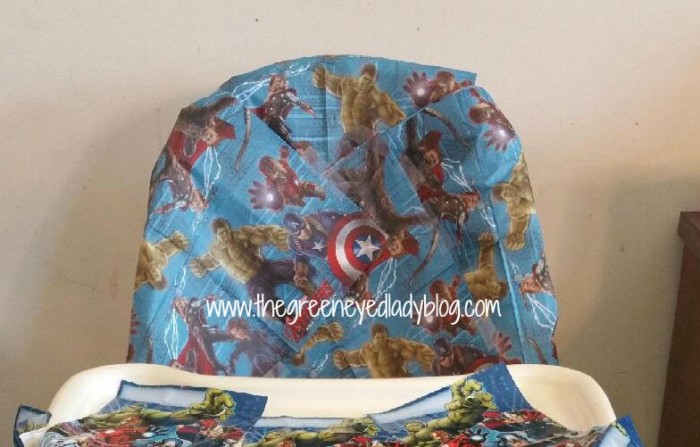 I made the seat cover from lunch napkins. I love the way that this looks, but next time I would probably use a table cloth because it’s plastic, and wont tear easily. This was super easy…use as many napkins as you like to cover the back of the seat and to make it as thick as you like.

Next I added a few balloons…and its done!!! Easy Peasy!!! 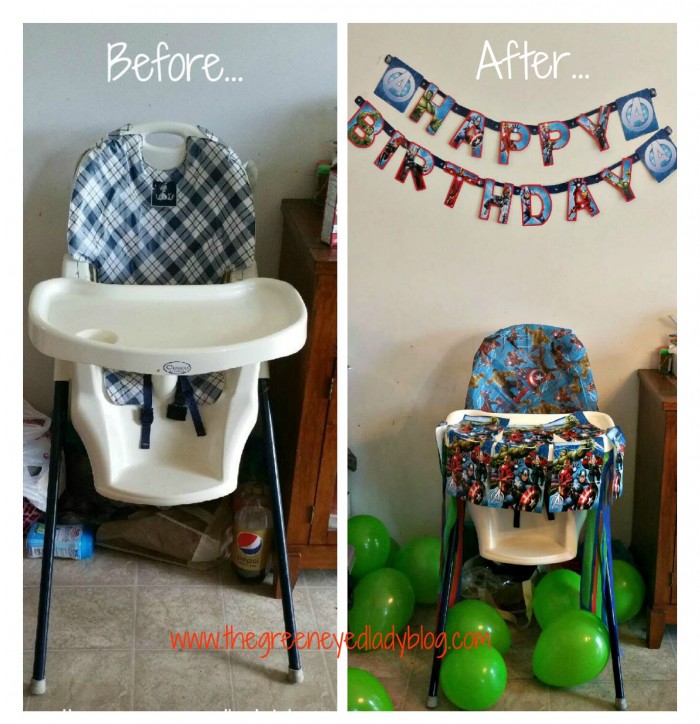 I think my little MARVEL Superhero will be pleased with his highchair makeover!!!

So what do you think? Do you think you could do a Highchair Makeover?