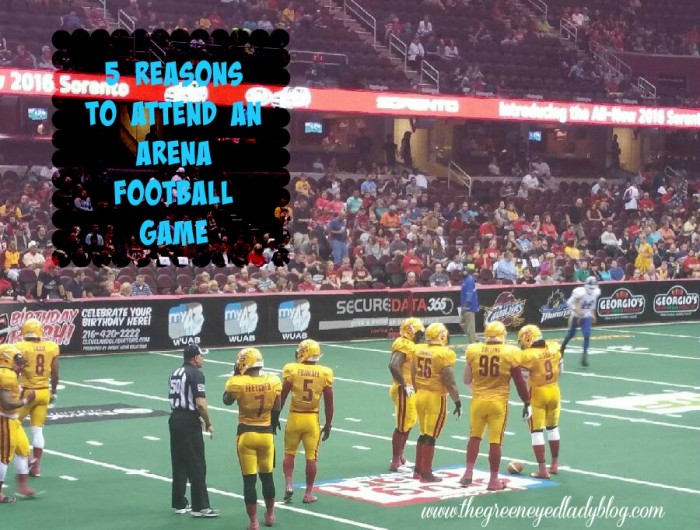 One thing I ABSOLUTELY love about Cleveland is the opportunity to see pretty much any professional sport that you are interested in!  As you know we are a big football family…we love watching the games as well as going to the games. A couple of weeks ago we had the opportunity to attend a Cleveland Gladiators game with my church. This season has been great because we have had the chance to go to a few of the Gladiator games.

Darrick is the Vice President of our Men’s Ministry and usually he coordinates an event for the men, but this year he coordinated an event for the families of the church. When Darrick and the Men’s Ministry first started promoting the event, people were a little reluctant…basically because of the unknown.  Many followed the Gladiators season from the updates on the news but had never thought of going to a game.  It wasn’t the Browns so they didn’t think they would have fun.

But let’s just say we now have some new Gladiator fans! Darrick was told by one of our members who gave him her tickets from her job earlier during the season that he could no longer get her tickets because she couldn’t wait to come back because she had so much fun!

Our entire group had a great time;  from meeting the Cavs girls when we first walked in, to the $1 drinks to dancing when we scored a touch down. So I came up with 5 Reasons to Attend an Arena Football Game, because I want to encourage others to go and have a great time like we did!

1. Dont Have to Brave the Elements 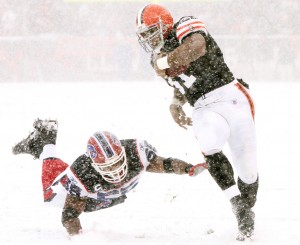 Ok, so you know I love My Brownies…but the Cleveland Weather is something else! I’ve been to a game in the Winter, and although its fun its COLD (especially down there on the lake)! With arena football you can wear whatever you please and you will be comfortable! You don’t have to worry about what the weather is doing outside because you are sitting inside the arena! 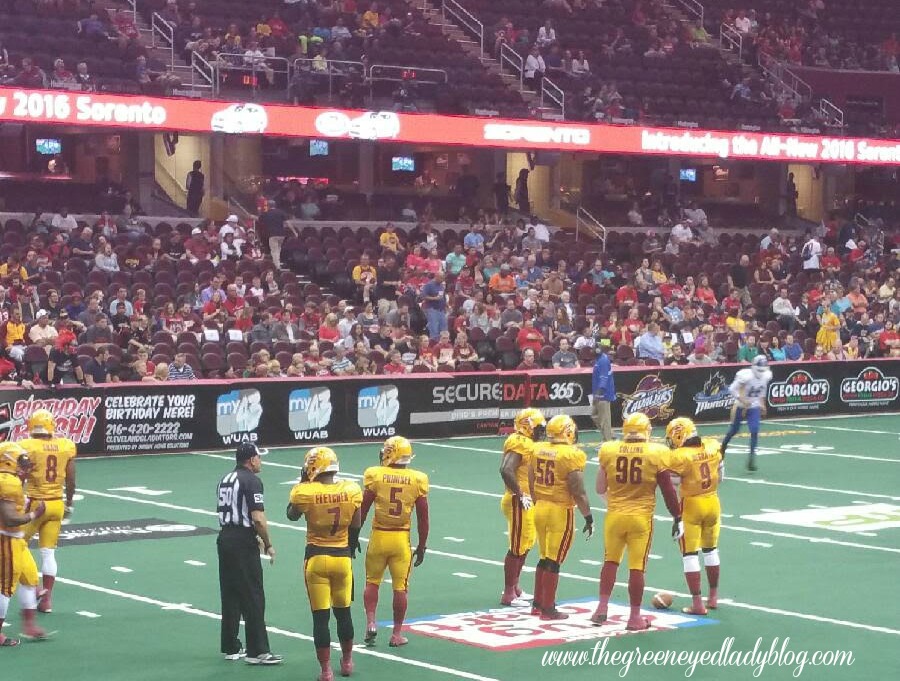 I mean I really don’t have to say anything else…if you love football you will love arena football! Especially the Gladiators, they never disappoint! No matter where you sit, you are in good view of the game! We love FOOTBALL…so going to see the Gladiators play is giving you football almost year around.

3. Very Family Friendly…Entire Family will have a Great Time 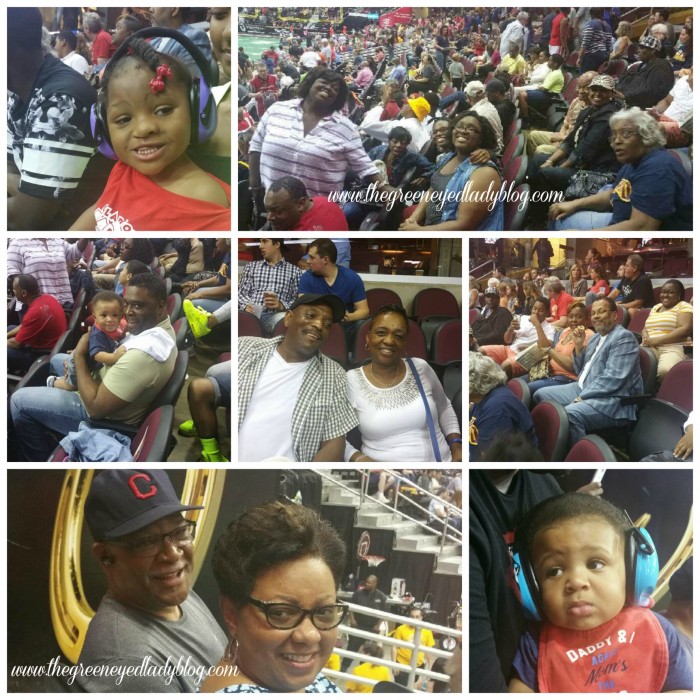 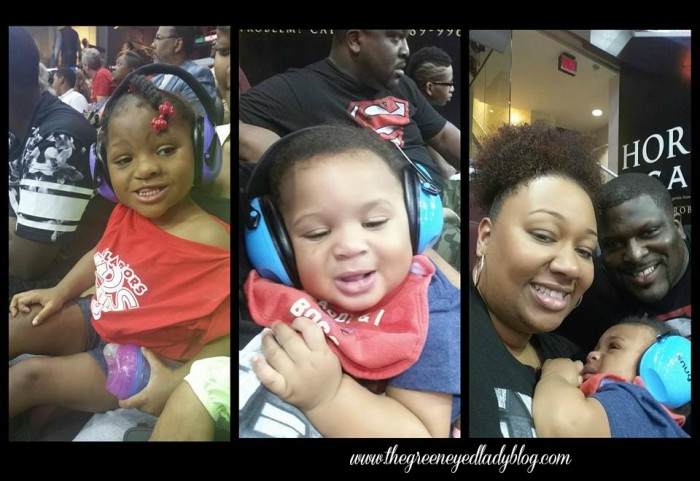 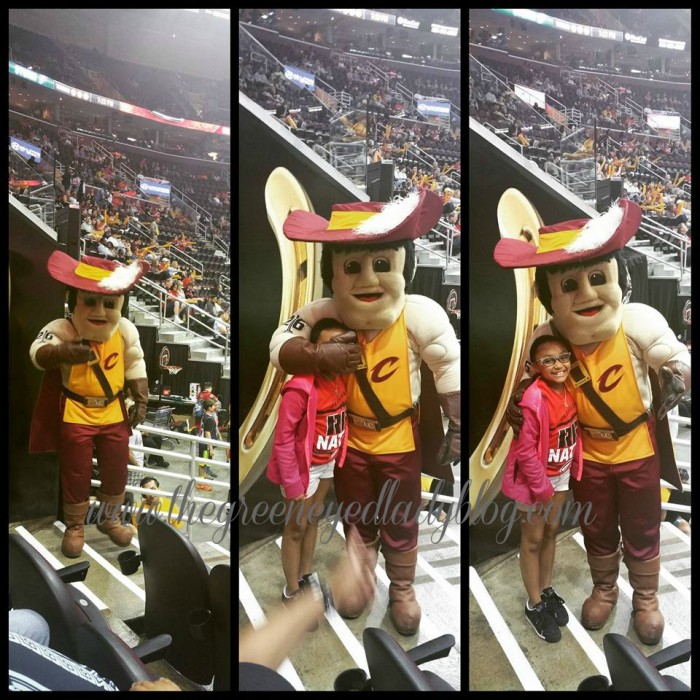 I love professional sports but lets face it sometimes it gets pricey! Especially when you are taking your entire family! I was so glad that the night we went to the Gladiator’s game pop was $1 !!! WINNING!!! This helped us tremendously; when we arrived we were starving and this helped us a great deal because not only did my husband and I have to eat but Emma and my niece and nephew too!

Also Darrick was able to form a contact with Gladiators; Luke Sebastian! He was AWESOME!!! He was able to create a package for our church group and we were all able to sit together! That was a main question everyone asked that purchased a ticket, if we would be around each other and yes, we were able to sit with each other so no one felt awkward if they only purchased one ticket (you were sitting with everyone)!

5. Get Out and Have Some Fun…Try Something NEW

Okay so if you are from Cleveland a lot of people will say they want to move because there is nothing to do! NEGATIVE…half of the people that say that dont tap into all many activities going on in the city. When we asked a few people about buying tickets they said they only watch the Browns, and thats good but if you are a football lover why not watch it all! And get out and try something new, we had a few who are now Gladiator fans because they had so much fun at the game!