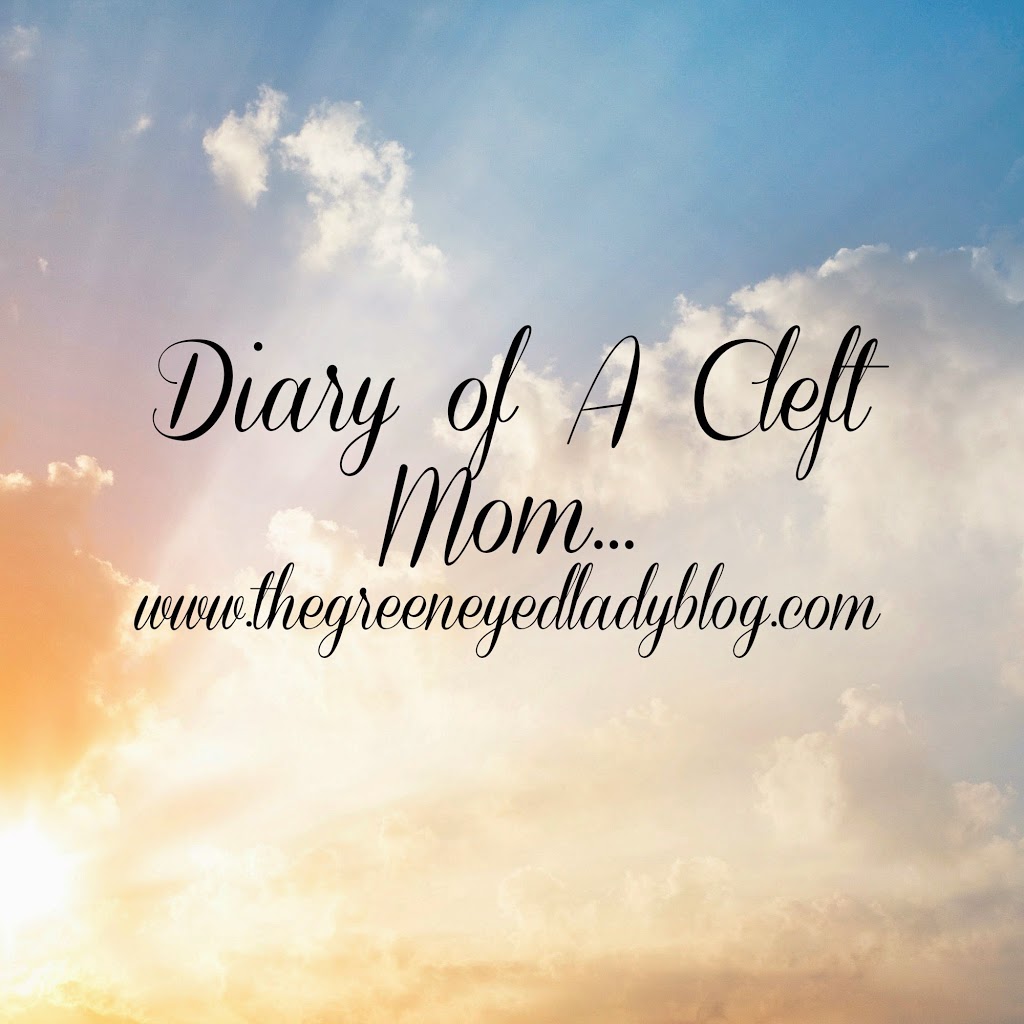 Before surgery I had a million feelings about Emma having surgery…basically it all came down to me not wanting her to have surgery. I knew she needed it but I didnt want to go through everything! Well let me say we made it…she’s good, we are home from the hospital as of (Friday, June 6) and she is still recovering.
Her surgery lasted about 3-4 hours, and she did pretty well. She had a new set of ear tubes placed in her ears…and to our surprise she didnt even have the last set of tubes in her ears. They said the tubes could fall out and you would never know…well that is exactly what happened to her! So that process didn’t last long at all…they told us it started then came back and said it was done, almost like a 20 minute swing literally!
Then the big surgery started…Emma had velopharyngeal incompetence surgery. In the Cleft world its called the v-flap or p-flap surgery…
Here is the write up for it according to the Seattle Children’s Hospital…
“Velopharyngeal insufficiency (VPI) is a disorder resulting in the improper closing of the velopharyngeal sphincter (soft palate muscle in the mouth) during speech, allowing air to escape through the nose instead of the mouth.
During speech, the velopharyngeal sphincter must close off the nose to properly pronounce strong consonants such as “p,” “b,” “g,” “t” and “d.”
To close off the nose from the mouth during speech, several structures come together to achieve velopharyngeal closure.
If the velopharynx is not closed, snort sounds may be produced through the nose or you may hear air coming out of the nose during speech.These include the velum (soft palate or roof of the mouth), the lateral pharyngeal walls (side walls of the throat) and the posterior pharyngeal wall (the back wall of the throat).
Improper function of this structure also produces a nasal tone in the voice.”
This is the best write up that I could find about the surgery.
Before the surgery in true Mommy and Daddy fashion we took a few pics before surgery… 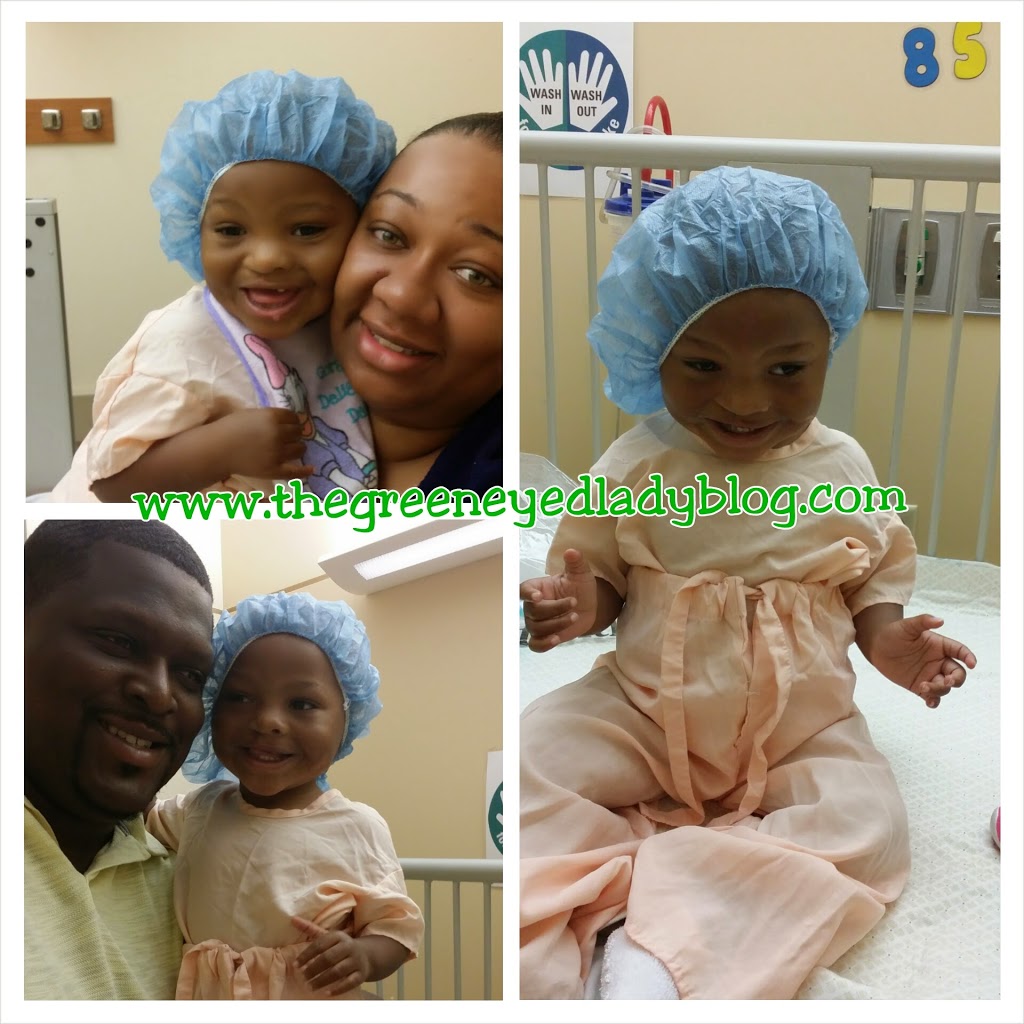 She was such a trooper…Mommy on the other hand was an emotional mess! But she is the cutest little surgery patient!
We stayed in the hospital for a few days…and they finally set us free on Friday! Before getting out the hospital we had a chance to take advantage of some of the children play rooms for the patients. One thing I can deny is the hospital she has her surgeries at is one of the best! 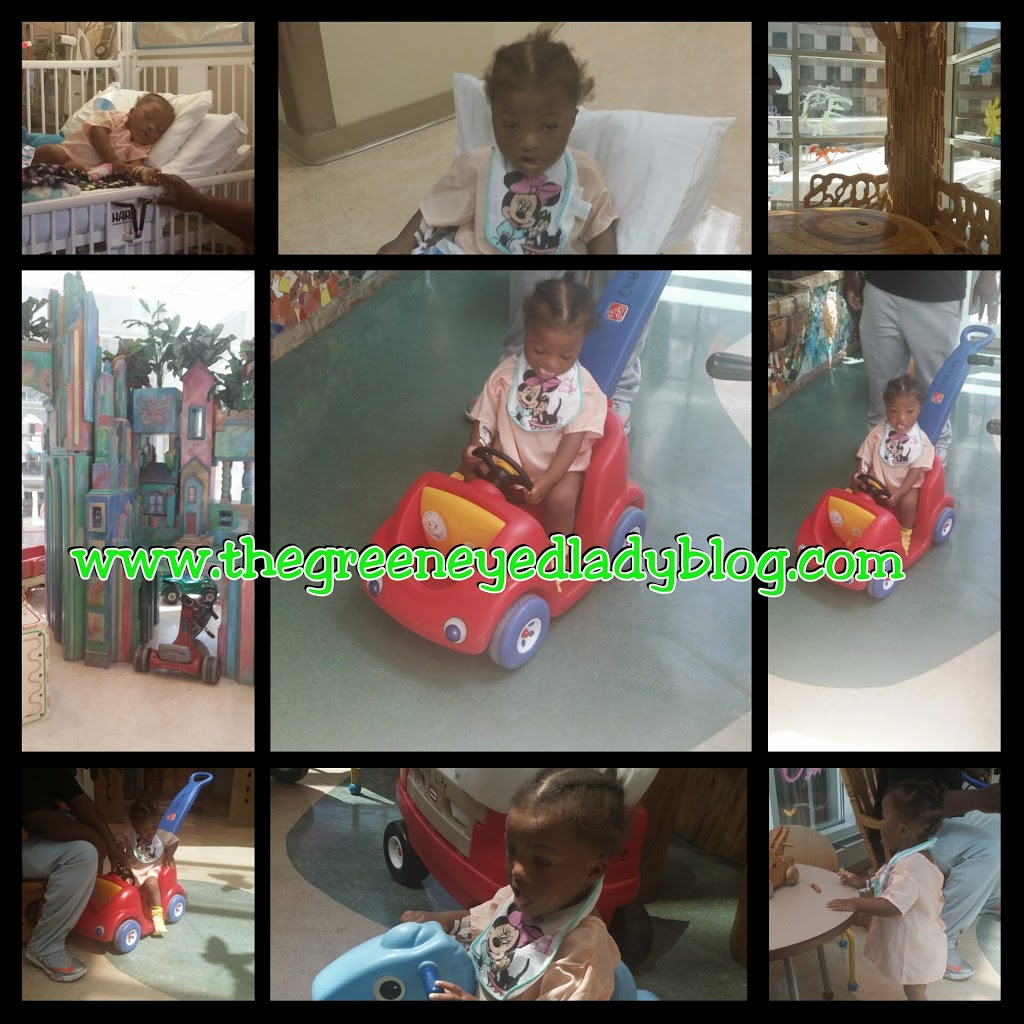 Once they saw Emma up and moving around they had to let her go home. She was walking around the floor waving and giving hi-fives to everyone.
Since we have been home she is still not 100% herself but she is doing a lot better than in the hospital. We can tell she is building energy back up, so she plays for a little bit then takes a nap…and prior to surgery if you said anything about taking a nap there was a fight on your hands!
Check out more of our Cleft Journey