Top
In the process of wedding blogs I found this couples questionnaire on this blog, so I decided to do it for Darrick and I! 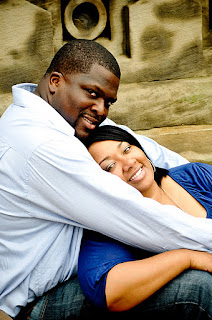 What are your middle names?
Renesha and Vati
How long have you been together?
3 Years
How long did you know each other before you started dating?
Our entire lives…we grew up in the same church and saw each other often but never really talked
Who asked who out?
Actually it was me…we were talking daily on facebook then we started talking on the phone…and finally I asked him if he wanted to go out
Whose siblings do you see the most?
We probably see them equally
What about pets?
Mia (Darrick’s Dog) Peaches (My Dog) LOL
Who does the cooking?
I do most of the cooking, but he does cook if Im too busy to cook
Who is more social?
I would say me, it takes him a minute to open up…but once he does he is way more social than I am (weird huh?)
Who is the neat freak?
DARRICK (hands down)
Who is the most stubborn?
I would say we both are…I am probably a little more stubborn than he is
Who hogs the bed?
He would probably say me!
Who wakes up earlier?
Darrick wakes up SUPER early!!! And he hits the ground running!
Where was your first date?
LOL…our first date was at Applebees…I went to the wrong one in the city so he had to leave the one he was at and meet me at the Applebees I was at!
Who has the bigger family?
Extended Family would be Darrick
Do you get flowers often?
I usually get them on special occasions….he was the first guy besides my Dad to ever by me Roses. But he always mixes the flowers up…he NEVER gets traditional flowers that is what makes it special!
How long did it take to get serious?
2 dates…LOL! We were serious from the beginning…the first date was great, second date was a little awkward, then we just kept going!
Who eats more?
Definitely him!
Who sings better?
Probably a Tie…we both are singers!
Who does the laundry?
He washes, I fold and put away…(sometimes he does it all)! 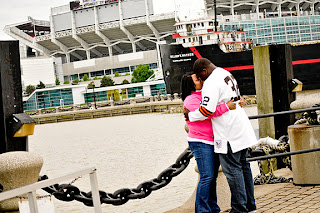 Who’s better with the computer?
I’m good at the administrative programs and the internet he is better with Media programs and fixing them.
Who drives when you are together?
Darrick
Who picks where you go to dinner?
Mostly me…he makes me pick all the time
Who is the first one to admit when they’re wrong?
I’m never wrong so it would have to be Darrick! LOL!
Who wears the pants in the relationship?
Darrick is the Head of the Household!
Who eats more sweets?
We both eat our fair share…but I would have to say Darrick goes a little harder on them then I do especially if its chocolate!
Did you go to the same school?
No Darrick and I are 8 years apart
Who is the most sensitive?
ME!!!! LOL!
Where do you eat out most as a couple?
Usually a place that has Hamburgers! If not there…we eat a lot of Mexican or Italian food.
Where is the furthest you two have traveled together as a couple?
Florida
Who has the craziest exes?
I’m not sure…I guess him!
Who has the worst temper?
Not Sure…it takes a lot for Darrick to get there but once he is there its hard to bring him back! LOL! And I usually get mad immediately then once I’m done fussing I’m over it. 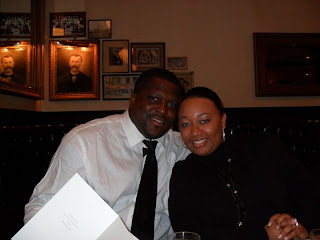